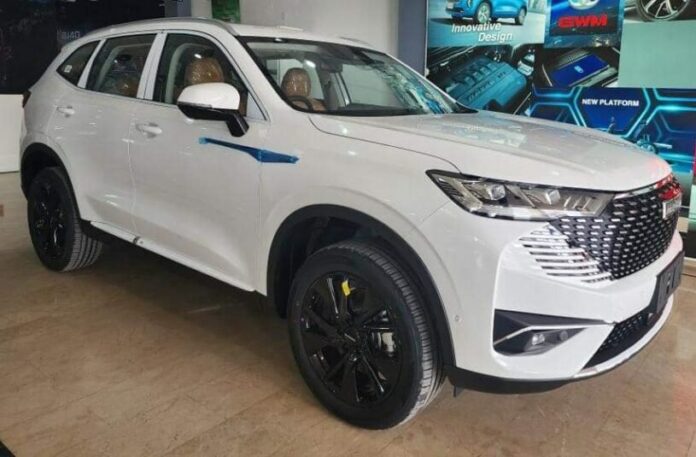 Sazgar Engineering Works Limited (SEWL) is rolling out to launch Pakistan’s first hybrid electric vehicle on November 17, 2022. The vehicle will be under the brand name ‘HAVAL’. The company revealed this news in a notice to Pakistan Stock Exchange (PSX).

(SEWL) is a leading rickshaw manufacturer company had successfully assembled Pakistan’s first locally First Hybrid Electric Vehicle (HEV). Previously, the company said that they have completed the trial period of Haval vehicles in August. In June, Sazgar completed the facilities for the manufacturing of ‘Haval’.

(SEWL) is an automotive company own by well-known Chinese automakers Great Wall Motors (GWM). The company is partnered with ‘Haval’ in March 2021. Also the cooperation between HAVAL and GWM has been signed. That includes assembly, sales, and after-sale services of passenger and commercial vehicles as well. Sazgar launched another Chinese car manufacturing company “BAIC” in Pakistan. It introduced models D20, X25, and BJ40 and Off-roader SUV to Pakistan.

In September 2022 Haval H6 two variants launched successfully at Lahore plant. One with a 1.5T engine and 2.0T engine. Haval Jolion SUV will be launch by SEWL in Pakistan soon.

SEWL introduced its 4-wheeler vehicles business after receiving the “Green Field Status” Award from the government for producing vehicles across the country. In addition to ‘Haval’, the company shake hands with ‘BAIC’ company too and produced its models all over Pakistan. Speculations have been going on that Sazgar’s share price will go up by 7% with the launch of the first locally electric hybrid car in Pakistan.