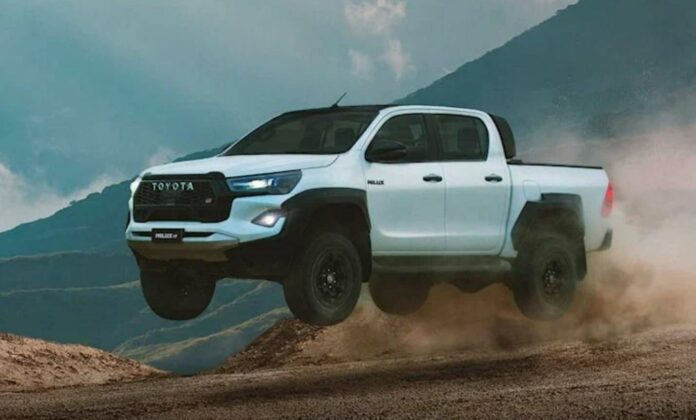 Toyota has expanded the assortment of its already varied Hilux pickup trucks in Australia. The new Hilux GR Sport variant has greater muscle and a marginal increase in power.

Numerous spy photos indicate that Thailand will soon be able to purchase the Hilux GR Sport. Toyota plans to introduce it in Australia in H2, 2023.

A 6-speed automatic transmission with a four-wheel drive mode and locking diﬀerences is equipped with the engine for off-road driving. Along with 18-inch alloy wheels and rear-vented disc brakes, modifications also provide a front stabilizer bar.

Its ride height is 20 millimeters higher than all other models save Rogue, thanks to modest suspension upgrades, enabling for more ground clearance. Additionally, compared to the other variations, the GR Sport features wheels that are 140mm wider up front and 155mm wider at the back. A superior surface grip is offered in this situation by the wider footprint.

The price of the Hilux GR Sport has not yet been revealed. The cost is estimated by Australian automotive writers to be approximately Rs. 11.65 million. However, it is nearly become a huge success in whatever market because of its popularity and great demand.

Rida Shahidhttps://hamariweb.com/
Rida Shahid is a content writer with expertise in publishing news articles with strong academic background in Political Science. She is imaginative, diligent, and well-versed in research techniques. Her essay displays her analytical style quite well. She is currently employed as English content writer at hamariweb.com.
RELATED ARTICLES
Autos