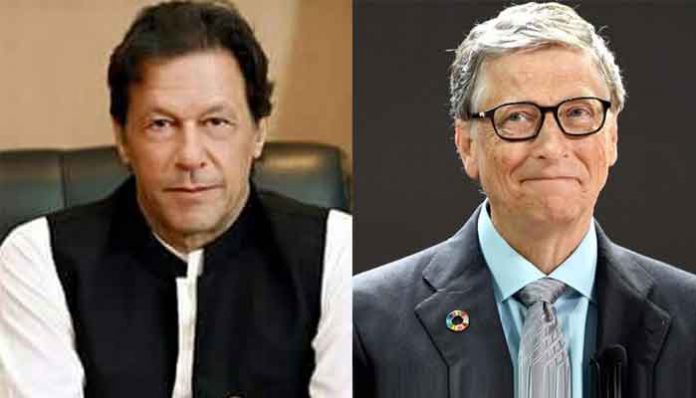 Renowned billionaire and Microsoft founder Bill Gates said that they will explore investment opportunities in Pakistan.

New investment opportunities in Pakistan will be explored as Bill Gates wrote letter to PM Imran Khan. He expressed his desire in the letter that was delivered by Dr Christopher Elias, President of the Bill and Melinda Gates Foundation’s Global Development Division to PM Imran Khan.

The DG of WHO @DrTedros, President of BMGF @ChrisJElias & other senior delegates met the PM just a few moments ago. HM @Aamer_KianiPTI was also present. Issues ranging from Polio Eradication to various Health subjects were discussed during the sitting which lasted for 40 minutes. pic.twitter.com/29iNloIUtP

Dr Christopher Elias was accompanied by WHO Regional Director for the Eastern Mediterranean Region Dr Ahmed Al-Mandhari and WHO Director General Dr Tedros Adhanom Ghebreyesus. He revealed that the Bill and Melinda Gates Foundation will continue to make investment in Pakistan for the healthcare improvement and polio virus eradication.

Dr Tedros Adhanom Ghebreyesus, WHO Director General revealed that they intensified their activities in collaboration with the Pakistani government for the eradication of polio.

However, due to the enhancement efforts, Pakistan will likely to become polio free country at the end of this year. He further reiterated that WHO will continue their support to the Pakistani government efforts.