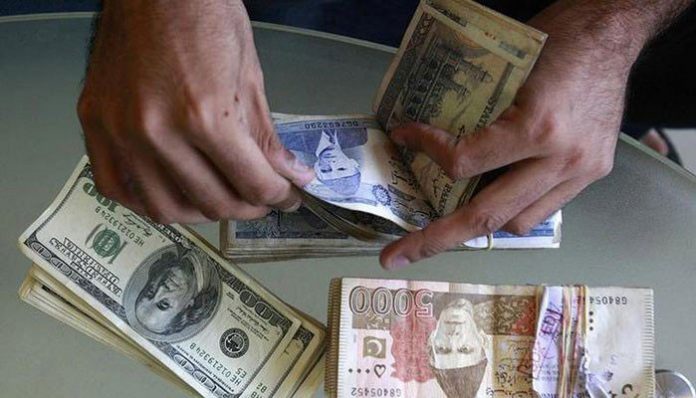 After a week of losing value in the interbank market, the Pakistani rupee made a little recovery in the financial market on Wednesday. Meanwhile on Tuesday, the rupee hit a blow against the Dollar, as the green note rose by Rs. 0.7 in the market.

On Wednesday, the dollar depreciated by a surprising Rs 0.09 during the day’s trade, and the market closed at Rs 133.76.

However, during yesterday’s trade, the rupee increased by Rs 0.5 and reached Rs 133.75 altogether.

This is a good news for the Pakistani green note as it faced a downward spiral during the past week, followed by the market heard the news of Pakistan formally seeking assistance in finance from the International Monetary Fund (IMF).

On Friday, following the quick increase in the rupee’s price last week, the green note make a recovery against the dollar in the Interbank market, as it traded at Rs 132.40 in the interbank, down Rs 1.40 and closed at Rs 131.93, down by Rs 1.87.

Earlier last week, the International Monetary Fund (IMF) asked Pakistan to disclose its debt status to the organization with clear transparency, if the country wanted to receive a bailout package. Mainly due to the government deals with the financial complications.