There are also 1696 winners for the third prize worth Rs 312,000. Winning numbers will be announced shortly. 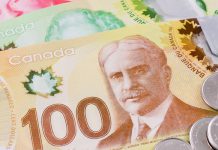