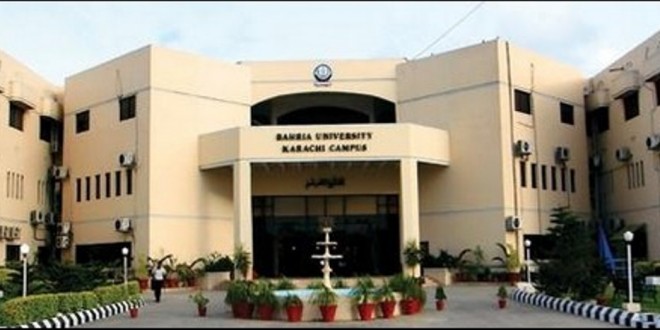 KARACHI: Federation of All Pakistan Universities Academic Staff Association has demanded that Bahria University takes back notification of six-inches distance between a boy and girl on the campus.

There have been many notifications in universities that have raised a lot of concern for students. Some of the notices are so weird that people question mentality of the university management while creating such rules. Bahria University’s new rule has also received some major backlash on social media networks.

The new notice by the university administration has been circulating on the campus grounds. The notice states: “All students are hereby directed to strictly abide by the dress code while in university. Instructions have been issued for the disciplinary action against the violators as per the rules. Moreover, Male and Female students are to maintain a distance of at least 6 inches while sitting standing together”

The students do not have problem with the dress code and disciplinary action on breaking the dress code. The real concern is the abrupt rule of keeping a distance of 6 inches between male and female students.

The Federation of All Pakistan Universities Academic Staff Association (FAPUASA) has demanded to take back this rule. The association President, Dr. Kalemullah has asked that such notifications in all universities need to be taken back.

However; the Bahria University spokesperson Mehwish Kamran defended the new rule. She said that there is nothing wrong with the new rule. She further added that the specified distance is just the personal space everyone is entitled to.