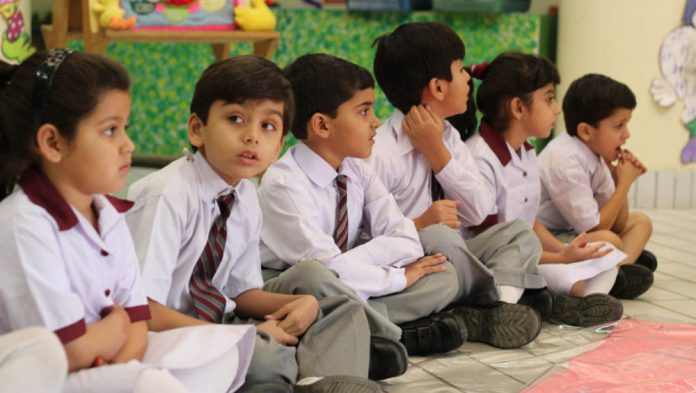 The organization of parents of the children who are studying in Private Schools, Parents Action Committee, has contacted authorities to issue notice to Private Schools. The committee has sent letters to Chief Justice Sindh High Court, CM Sindh, Education Minister Sindh, Chief Secretary Sindh and Secretary Education Sindh. The committee is demanding for them to issue notice to private schools for dropping June and July fees, cancelling the annual fee system, removing the condition of buying course books and uniform from school only and other issues. During the Parents Action Committee emergency meeting, Chairman Kashif Sabrani told the members that the letters have been sent to the respective authorities via courier.

The private schools have been taking June and July fees for a while now, which has burdened parents of the students studying in these institutions, not only that but there is additional annual fees to be given every year as the children are promoted to the next class. There is also a condition in which the schools restrict the parents to buy course books and uniforms from other sources, they force the parents to buy books and copies along with stationary from the school assigned stores. Parents are unable to purchase books at cheaper rates from other sources burdening the parents financially. On top of that the schools even threaten the children and parents of expulsion if the fees is not paid.

Every parent wants their children to receive good education but with the current condition of government educational institutions the only option is to opt for private schools. But the private schooling system has increased fees structure and over that they demand parents to pay fees for June and July even though children are on holidays. On top of this injustice parents get threatened and blackmailed by these schools like some mafia if they don’t pay fees on time. They even punish children by not letting them attend classes if the parents cannot come up with the fees on time.

It feels like these private schools are on a mission to ruin the future of children of this country. The Parents Action Committee also brought to light that even the school transports following the private schooling system’s example is demanding fees for June and July as well. The Committee is asking for Sindh authorities to issue notice for solving these issues before parents cannot afford education.