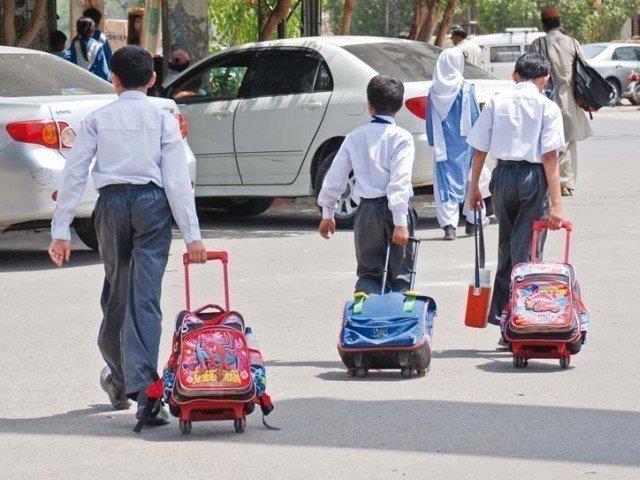 According to sources, some schools in Karachi issued summer vacation fee vouchers despite the orders of Supreme Court of Pakistan.

Summer vacation fee vouchers are issued by few schools in Karachi. However, CJP Saqib Nisar ordered private schools to return the 50% fee they received during summer vacations and also ordered to decrease the fee by 20%.  However, some schools are still ignoring Supreme Court orders.

Parents are still facing the burden of high fee charged for the duration when students do not even attend classes. However, they were handed the vouchers along with fee challan for January 2019.

Earlier, CJP Mian Saqib Nisar directed to file the case against private schools management who are refusing to decline monthly fee after his orders.

While during the case hearing at Apex Court, CJP Saqib Nisar said that private schools now began to protest as the Supreme Court ordered decline in fee. However, Federal Broad of Revenue or FBR chairman, deputy auditor general, and private schools lawyers also appeared in the court.