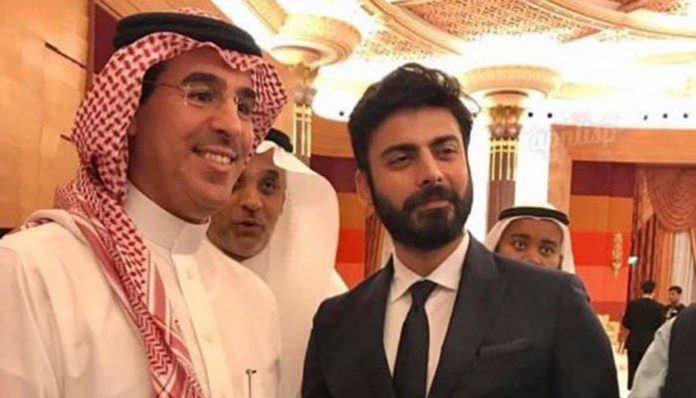 Pakistani actor Fawad Khan expressed pleasure and happiness to be the centre of attention during Hajj.

During an interview to Arab news channels Fawad Khan expressed that, “Being one among 2.4 million people is the easiest thing on earth.”

Fawad Khan further said, “You feel comfortable because you are in the same space with other people who bare their hearts to God. You feel just like any other person among them. And you are not under media scrutiny as you are on normal days.”

Fawad Khan is a renowned face of Pakistani entertainment industry. He is known for his performances in successful Pakistani dramas such as Humsafar, Daastan, and Zindagi Gulzar Hai.

Heartthrob Fawad Khan is also popular across the border for his films Khoobsurat, Aye Dil Hai Mushkil and Kapoor & Sons.

“I enjoy the anonymity now and then,” he added.

Speaking about his childhood which Fawad Khan spent in Riyadh, he said the visit reminded him of his days spent here.

“I really enjoyed the time when I was growing up. When I left Riyadh, I was sad because those were my formative years. I had a feeling of nostalgia. I remember as a child when performing Umrah, there wasn’t much rush or traffic. The running between Safa and Marwa as part of the ritual was more like a game because I would race with my sister at that time and being there again brought all those memories back,” he said.

On the arrangements that were made this year for the pilgrims Fawad Khan expressed, everything was seamless and the people helpful.

“Hajj was made very easy by the ministry. The facilities made everything comfortable despite the blistering heat,” he said.

“The arrangements were seamless. At Jamrat, where the stoning ritual takes place, there is a sea of people coming down and you feel like it is going to be impossible. Then you get into the crowd and you start moving slowly but comfortably. There is still space to move even though it looks like it is impossible. And then, suddenly, you are done,” he added. 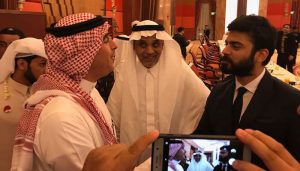 Fawad Khan also said, “All this is possible only because there is an efficient security force and a government that is paying close attention to how everything is happening. And they are trying to make it flow as easily as possible. Kudos to them.”

“And people are very helpful. There is obviously a language barrier, but you overcome that somehow,” he added.

Fawad Khan also said people should undertake the pilgrimage when they are young.

“My reason for saying that is not just because of the energy of the young and able,” he said.

“When you are younger, your mind is like a sponge and it absorbs more. I feel Hajj and Makkah is not only for the pilgrimage. When people from all over the world meet in groups in congregations, it is actually a means of cultural exchange,” Fawad Khan added.

“Imagine meeting three million Muslims coming from different backgrounds and all walks of life from many different countries and spending 10 days with them. It is the best form of communication. Being exposed to these things teaches you tolerance and gives you an invaluable form of education.”