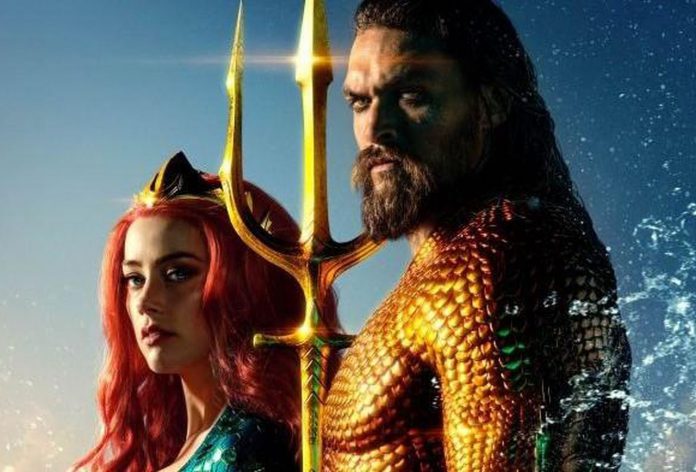 New Warner Bros. release “Aquaman” made the biggest waves in North American theaters over the weekend with $67.4 million in ticket sales.

Aquaman is therefore ahead of two other holiday-timed releases, as Disney´s “Mary Poppins Returns” took in $22.2 million for the three-day weekend, flying slightly higher than Paramount´s “Bumblebee” at $21 million.

The film has already taken in some $410 million outside North America.

“Mary Poppins,” while lacking truly boffo opening numbers, is expected to follow past musicals in enjoying a long box-office run.

The sequel to the 1964 movie stars Emily Blunt as the stern but kind-hearted nanny, backed by Lin-Manuel Miranda of “Hamilton” fame. Dick Van Dyke, Mary Poppins´ Cockney-accented friend in the original film, makes a cameo.

“Bumblebee,” a prequel to the “Transformers” movies, stars Hailee Steinfeld and John Cena. It drew a lofty 94 percent rating from Rotten Tomatoes as all three of the top grossing new movies earned strong A- ratings from CinemaScores.

In fourth was Sony´s “Spider-Man: Into the Spider-Verse,” taking in $16.7 million. It has Peter Parker making way for Miles Morales as a black, Latino Spider-Man.

And fifth spot went to “The Mule” from Warner Bros., at $9.3 million. Clint Eastwood, who at 88 says this will be his last acting part, directs and takes the lead role as a destitute 90-year-old who turns to transporting cocaine for a Mexican drug cartel.