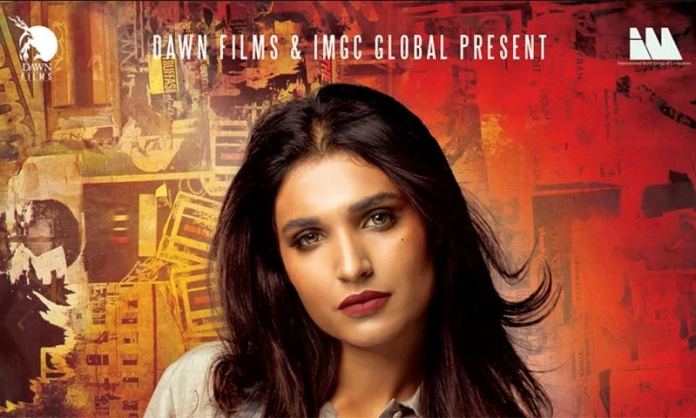 First Film made under the banner of Dawn Films “Saat Din Muhabbat In” is creating buzz in mainstream media.

First poster of Amna Ilyas character Ghazala for the movie “Saat Din Muhabbat In” has been released. Earlier Mahira Khan and Shehryar Munawar’s character posters were released. According to sources, Ghazala is an independent and strong willed feminist, who is determined to achieve her life goals.

The movie is being directed by directors of the movie “Zinda Bhaag”, Meenu Gaur and Farjad Nabi.

The movie is set to be released on Eid-ul-Fitr.