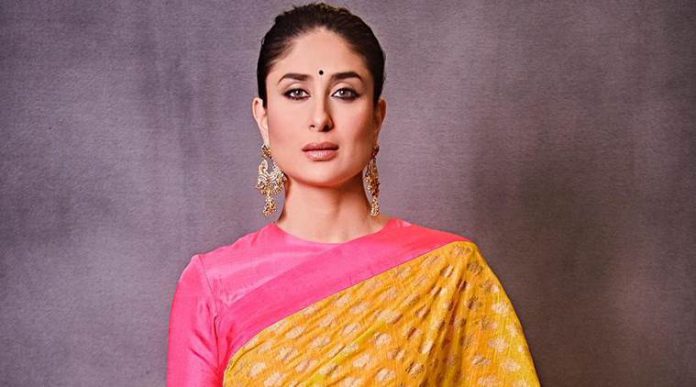 Bollywood actress Kareena Kapoor was target of hate speech from various people over supporting Asifa Bano, the 8 year old that was mercilessly raped and murdered. The horrendous act that happened at Kathua, in the Indian Occupied Kashmir, was recently condemned by many people around the globe, including celebrities.

A picture of Kareena Kapoor in which she was holding a card in support of Asifa was posted on social media twitter by Swara Bhasker, a co-actor with Kareena in the upcoming movie “Veere Di Wedding”. A twitter user criticized Kareena Kapoor by saying that she should be ashamed that she married a Muslim while being Hindu and named her son Taimur a savage barbarian Muslim conqueror.

She should be ashmed of the fact that despite being a Hindu is married to a Muslim. Has a child with him and named him Taimur, after a brutal Islamic barbarian.

The little girl, belonging to a family of shepherd nomad Muslims, who roam the land and grazed their cattle in the forests of Kashmir, was 8 years of age when this incident occurred. The main accused Sanji Ram was an official of revenue in the Government and had planned this to scare off the nomads from the lands. The accomplices of the accused even include the officer who was charged with the search of the girl, when a FIR was filed on the request of the victim’s father two days after her disappearance. The accused Ram and accomplices, who included his son, his juvenile nephew and police officers, raped the girl for days afterwards strangulating her and hitting her head twice with a stone.

The girl was being held at a temple, where all these atrocities were happening, she was continually sedated by drugs. There has been massive response for this case all around India, with protests being held by the opposition, civil rights activists and students demanding justice and arrests of anyone who obstructs justice in this case.