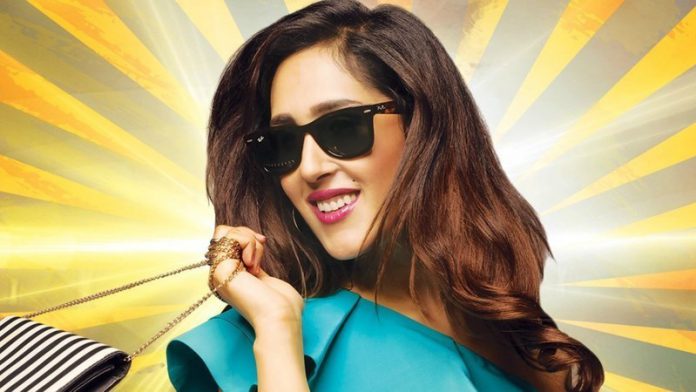 Web Desk: The makers of an upcoming Pakistani movie ‘ Saat Din Muhabbat In’ has unveiled another poster introducing the character of actress Meera Sethi. Makers of the movie have been releasing the posters of the main characters of the movie. Posters of Mahira Khan, Shehryar Munawar, and Amna Ilyas have been introduced earlier.

Saat Din Muhabbat In is the most anticipated Pakistani comedy film, written by Fasih Bari Khan, and directed by renowned director Meenu Farjad. It is scheduled to release all over Pakistan on the joyous occasion of Eid ul Fitr in June 2018. The movie is produced under the banner of Dawn Films, and IMGC Global Entertainment. Mahira Khan and Shehryar Munawar Siddiqui will play the leading roles.