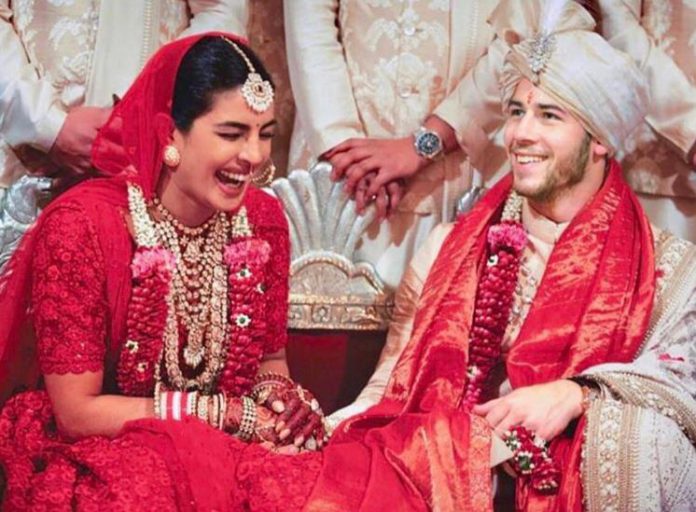 Priyanka new wedding photos with Nick Jonas of mehndi lagai and sangeet ceremonies. However, both of them got married during the 3 day ceremony at Umaid Bhawan Palace, Jodhpur.

Pictures of the lovely couple during Hindu and Christian ceremony were released by an international magazine. However, Priyanka and Nick also shared their pictures.

Sabyasachi Mukherjee, Indian designer, designed the Priyanka lehnga. However, the lehenga was prepared by 110 embroiders from Kolkata. In addition, it took 3,720 hours to complete. 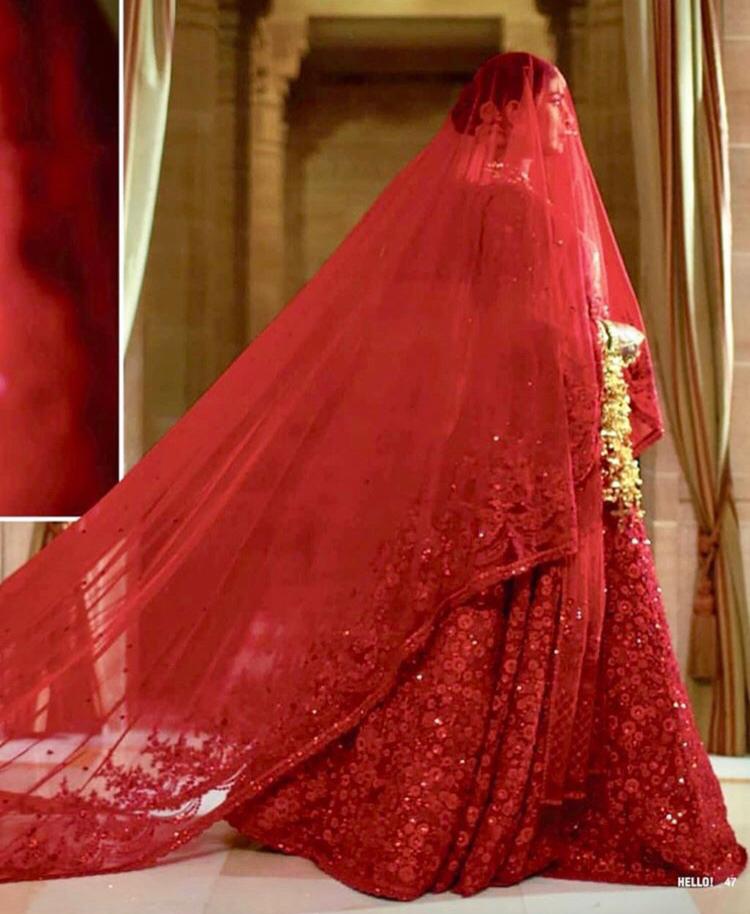 For the Christian ceremony, Priyanka wore a white Ralph Lauren wedding dress with hand embroidered flower motif on lace. The renowned designer sketched the gown himself with the embroidery took over 1,800 hours to complete. Nick wore a custom-made double-breasted tuxedo by Lauren.

Priyanka Chopra expressed her feelings about the Christian and Hindu weddings. She revealed that it was not about fashion but a personal choice. She wanted something unique. Both the dresses, red and white were personalized for her. She wanted the longest veil in the world and she got that.