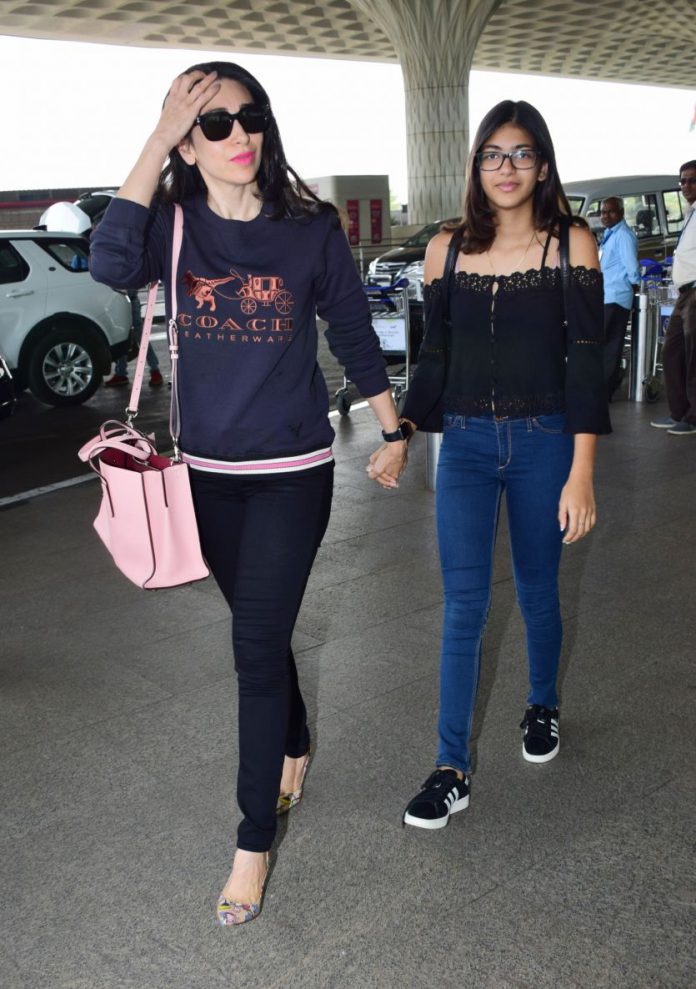 Karisma Kapoor was recently spotted at the Mumbai airport looking like a million bucks and was accompanied by her daughter Samiera Kapoor, who recently turned 13. The actress may not be working in films currently but continues to keep herself busy.In fact, some online portals even suggested that the two looked more like siblings rather than mother and her daughter Samiera Kapoor.

Samiera’s birthday party was a fun event with her father Sunjay Kapur also attending it. Although Karisma and Sunjay divorced in 2016 after a tumultuous marriage, their kids Samiera and Kiaan often visit their father in Delhi where he resides with his wife Priya Sachdev Kapur. While Karisma has been granted custody of the children, Sunjay has been granted visitation rights. At a recent event, Karisma had spoken about her kids. She said that children are much important to me. They are one of the greatest blessings. Motherhood has made me complete, mature, and selfless.

The actress, who is notoriously tightlipped about her personal life, has been reportedly dating businessman Sandeep Toshniwal for quite a while now. Recent years have seen the rumoured couple pictured together on a number of occassions. Recently, they were spotted at Kareena Kapoor Khan’s house when the Blackbuck poaching case verdict was announced. The couple were accompanied by some friends. Karisma, who was last seen in ‘Dangerous Ishhq’ back in 2012 is reportedly keen on making a comeback on the big screen.