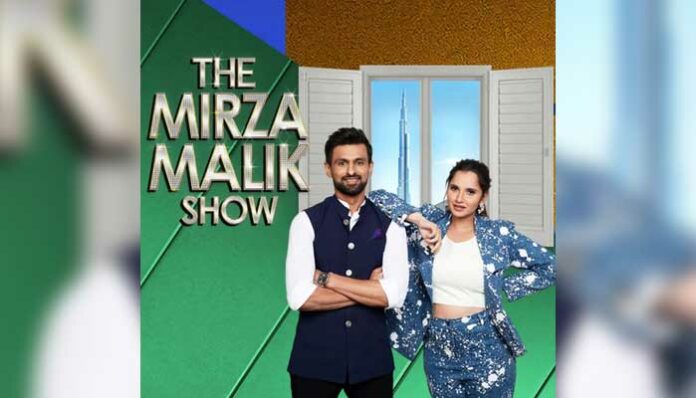 Sania Mirza, Indian tennis player, and Pakistani captain Shoaib Malik, will soon be seen in a Pakistani television program. The couple was under a divorce rumours for few days that made few headlines.

The couple, whose union is still refused by rumors of a divorce, will co-host the Mirza Malik show. The two, however, have stayed silent on what has been happening in the Mirza-Malik family.

The pair are posing as the show’s hosts in a post that was published on the Instagram account of the streaming service UrduFlix, a localized version of Netflix. The Mirza Malik Show will be soon on UrduFlix.

As soon as the post was published, admiration for both Sania and Shoaib was expressed by fans of the couple. Some online users questioned the rumors of a divorce. That can be considered a PR gimmick by sports superstars to promote their show.

One interested user commented, “Publicity stunt the mtlb kya ja Itne din se feeds aa rhi this separation ki.” This was all for the show, fans questions the gravity of the matter.

Despite being separated by international boundaries, the well-known couple fell in love and wed in April 2010. Eight years later, in 2018, they welcomed the arrival of their son Izhaan Mirza Malik.

Shoaib’s job obligations prevented the couple from being able to jointly celebrate their son’s fourth birthday. On November 11, media outlets reported that the two were divorcing after 12 years of marriage, which prompted discussions online.