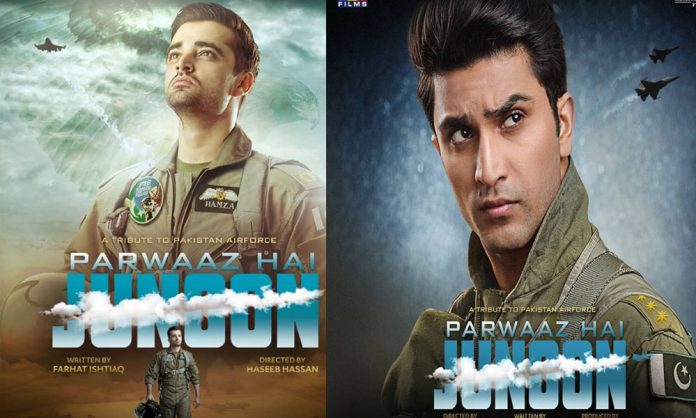 Web Desk: The long-awaited Second teaser of Parwaaz Hai Junoon has been out. The movie is based on Pakistan Air Force (PAF) and Hamza Ali Abbasi is playing a lead role in it. However, the second teaser revealed the roles of Ahad Raza Mir and Hania aamir in the movie. Few days back, first teaser was also released and you can watch it here:

Uncovering that the pair are more youthful cadets of the military, the mystery demonstrates Hania and Ahad overcoming all chances in the Nasbat Valley to be a piece of the regarded PAF– be it snow squalls or intense preparing. The video likewise, in any case, investigates the distinctive states of mind that both the cadets have. While Ahad has appeared as a cadet who needs to put forth a valiant effort and has never observed disappointment, Hania is appeared as a decided yet demure piece of the group.

Aside from the pair, Shafaat Ali – whose presence will be a great addition to the plot. However, Kubra Khan’s presence is still missing in the trailer. Featuring Hamza Ali Abbasi, Ahad Raza Mir, Hania Aamir, and Shaz Khan in lead parts, Parwaaz Hai Junoon is directed by Haseeb Hassan and is slated to release on Eid ul Fitr 2018.

Here is the 2nd official teaser: