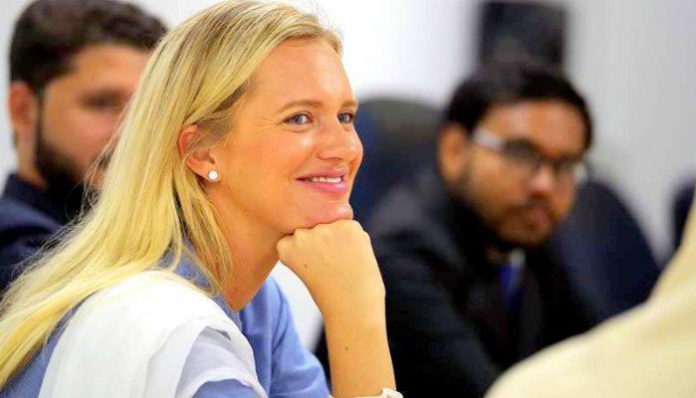 Social activist and wife of cricket legend, Shaniera Akram is all ready to make her first debut on big screen in movie Money back Guarantee.

Wasim Akram’s wife further revealed about twelve days on set of her first upcoming movie Money Back Guarantee. She shared with her fans that her days on set included a bathroom lock in, sleepless nights, language barriers to the next level, unforgettable chandelier stunt, sprained ankle, a painful tetanus shot, loads of chips, a romantic moment, that gave her out of body experience.

The renowned Socialist while praising director and writer Faisal Qureshi of her debut film admire working with Faisal Qureshi and other cast that it’s such great experience for her.

She asked question taking a film’s title “Do you think she should get a money back guarantee? Other famous film star Fawad Khan, Gohar Rasheed, Mikaal Zulfiqar, Kiran Haq, Mani, Wasim Akram and some other remarkable names are also the part of this film.