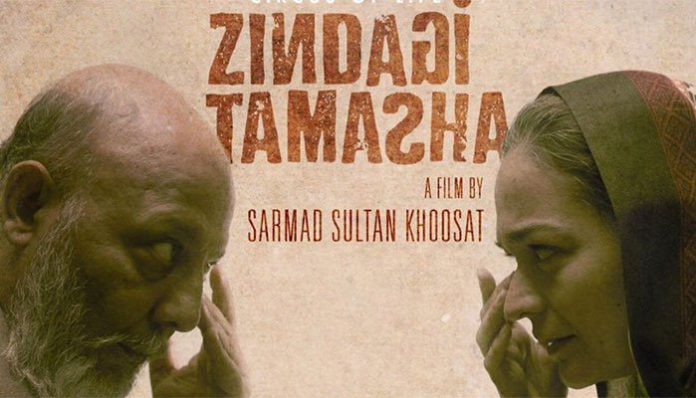 Zindagi Tamasha, a film by Sarmad Khoosat, grabbed the Kim Ji-seok Award at the Busan International Film Festival. However, the award was jointly given to the Pakistani film and Market (film from India). Earlier this week, Sarmad Khoosat’s film had its world premiere at the film festival. The story is based on a chaos in old man’s life that he faced when his video went viral on the social media.

Sarmad Khooosat not just directed the film but also co-produced it along with his sister Kanwal Khoosat. Nirmal Bano is the writer whereas Ali Qureshi, Samiya Mumtaz, Eman Suleman, and Arif Hasan are included in the cast. On the other side, Saakin composed the soundtrack. Here is the Zindagi Tamasha trailer.

Sarmad Khoosat discussed the present condition of the film industry of Pakistan, “The misfortune with the Pakistani film industry in the 1980s and 1990s was that it catered the limited audience. He further added that in the last 20 years, several good movies have been released.