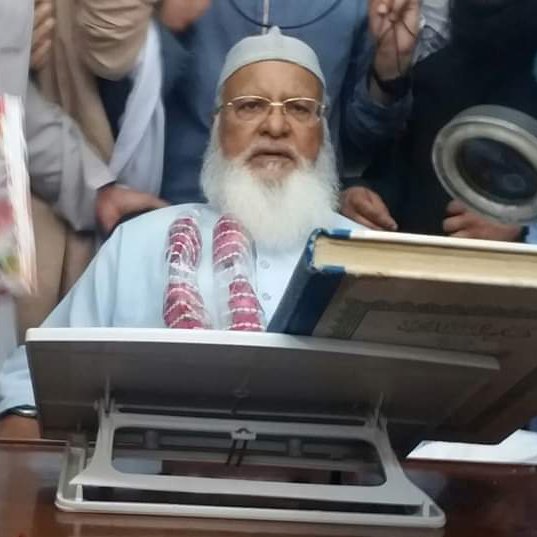 President of Jaamiyah Darul Uloom Maulana Rafi Usmani passed away in Karachi on Friday. At the age of 86. He was been ill for a long period. He known as the Grand Mufti of Pakistan.

In 1936 in the Indian Town of Deoband Mufti Rafi borned. He was from Usmani family Deoband background. He was also a special guardian for Wifaq ul Madaris Al-Arabia, Pakistan.

As the news of The Grand Mufti started rolling out condolences for his demise started coming out. President of Pakistan ‘Dr. Arif Alvi’ said: his services for Islam will always remembered. He also sends prayers for the peace of the departed soul.

Meanwhile, Prime minister of Pakistan Shehbaz Sharif and other names from politics extend their condolences and prayers to the departed family. These including Chief Minister of Sindh Syed Murad Ali Shah, Information Minister Mariyum Aurangzeb, and Governer Sindh Kamran Tessori.