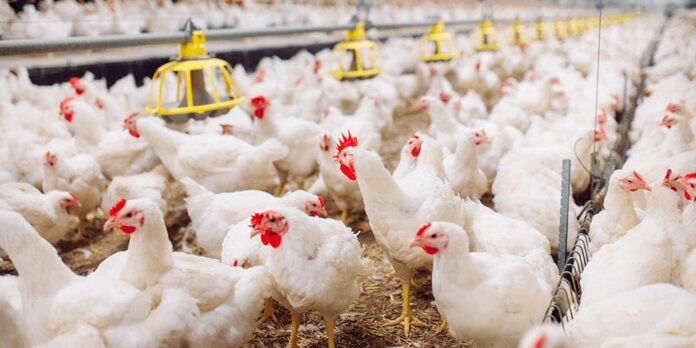 Over the span of many years, our world has been evolving through the very essence of adaptability. Darwin’s concept of natural selection states, that “Natural selection is a process through which life here on Earth will tend to survive and reproduce in greater numbers than others of their kind, thus ensuring the perpetuation of those favorable traits in succeeding generations”. This is true for every living creature on this planet, which also includes Poultry.

In recent years, there have been numerous myths relating to the poultry industry, which includes at the very least, “How is it that a broiler chicken takes only 6 weeks to grow while a desi chicken takes 6 months? It must mean that broiler farmers are using some sort of hormones or “steroids” that enhances their growth period, which is why they turn out to be so heavy”. Another major concern is about the ingredients of poultry feed. Many people assume that “animal fat” along with many impure ingredients are being used to make the feed. Also, in addition to that, there are speculations that maybe hormones are used in the feed as well. People say, “Desi chicken are organic as they are free to eat whatever they want and are not “forced” to eat that disgusting feed, which is why they grow in a span of 6 months”. As you can see, in most of the points, desi chicken seems to be of major focus for comparison. The most surprising element in all of this is, that doctors are telling their patients all these things. Before we delve into the accusations, let’s learn what is a broiler.

Just like in cattle, there are different breeds in chickens as well. In 1916, chicken breeders began to select birds with the highest growth rate and bred them together so that their off springs would have the same traits. These were known as the pure lines, or in other words, the pedigree stock. Over years of selective breeding, farmers began to focus on highest breast yield trait. This is exactly where Darwin’s theory of natural selection comes into play. So, when people ask, “Why does a desi chicken take 6 months to grow?”. The answer is; it is a different breed and it is naturally programmed to grow in this time period, just like how broilers are naturally programmed to grow in 6 weeks given the right amount of balanced nutrition.

Now coming on to the most famous question, “Do poultry farmers give their flock hormones/steroids?”. The simplest answer is, “No”. To stretch it a little bit, “No poultry farmer in the world gives their flock hormones/steroids”. A scientific rendition of the answer would be, “It is scientifically and economically IMPOSSIBLE to make an effective use of steroids or hormones in the poultry industry”. Let’s elaborate on this a little bit. Categorically, there are two kinds of hormones; steroids, and protein based. Steroid hormones are active in the body and they are passed through the digestive track when taken orally. Furthermore, steroids cause immunosuppression in the birds due which it can become very prone to disease. However, protein hormones need to be injected in order to be effective otherwise, if taken orally, they will be broken down in the stomach and would be render useless.An example of protein based hormone is Insulin. In order for it to be effective, it needs to be injected in the diabetic patient’s blood stream rather than ingested orally. Growth hormones are protein hormones. So, in order for them to work, they need to be injected daily in the blood stream of the chicken. Now, this would mean injecting every single bird every single day because only then would the hormone take effect. A typical farmer has about 30,000-35000 birds per shed. This would mean, that farmer would have to walk into a room of 30,000 chickens, grab each one of them, and inject them with hormones every single day. Top chicken producing companies typically have about 6-9 sheds per farm. So that would mean injecting 210,000-315,000 chickens per farm every single day. Imagining the feasibility of both the cost and the time, the gain is simply not worth the cost. If this was to be applied, no poultry farmer in the world would be profiting from this business. In the case of ‘mixing steroids in feed’, this is simply not possible since the steroid would be broken down and be digested in the gut, which again would render the product useless.

Moving on to the feed of broilers. Over years of research and expertise, feed milling experts have made a balanced diet formulation, where concentrated amounts of protein, carbohydrates, and all other essential nutrients are blended. The basic raw materials of poultry feed include; soybean, maize, corn, vitamins, and minerals.The broiler breed is naturally programmed that if given the right amounts of protein, carbohydrates and vitamins, it will naturally grow in 6 weeks.

Many people falsely assume that a desi chicken is much healthier to eat than the broiler, since they are free ranged and eat everything that is natural. The major falsely accused assumption in the previous sentence is that ‘…desi chicken is much HEALTHIER to eat as compared to a broiler”. In terms of feed, a broiler is much safer to consume as its diet is carefully monitored. On the other hand, a desi chicken eats whatever they can get around with. In villages, they consume all the filth lying on the streets and drink water from the polluted drains. In some areas, the water running through that drain is filled with industrial wastage which may even have high arsenic content. Hence, it is perfectly right to say that desi chickens are organic but to say that they are much healthier to eat, as compared with broilers, is highly inaccurate and illogical.

As our world has progressed, mankind has become prosperous with every step. Every technological advance will always carry an ample amount of leverage with it. Every new innovation will have a certain backlash. It is through proper research and logic, that every person should invest his/her time educating oneself on the scope of those backlashes. During these recent years, many people have claimed that hormones are main cause of rapid broiler growth but unfortunately could not back those claims with proper logic and reasoning. As species of great intellect, it is our duty that we should always research before ever jumping to conclusions. The poultry industry is an evolving industry and as time matures, it will evolve even more towards the betterment of mankind in both consumption for the consumer and more efficient for the producer. 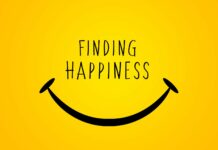 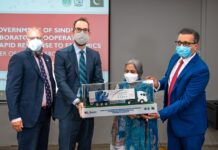 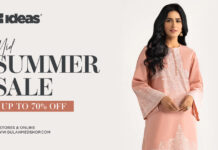 New Must Have Embroidered Shirts by Ideas Pret 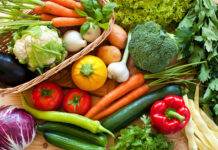 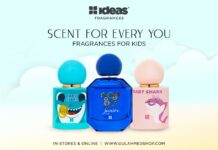 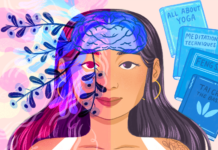