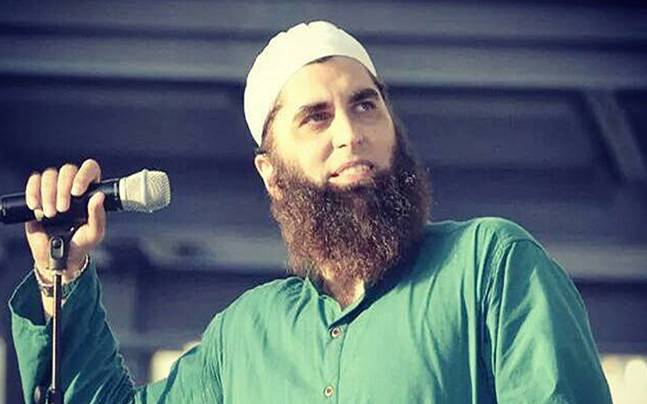 The plane took off from Chitral around 3:50 pm and PIA said the plane crashed at 4:42pm local time in the Havelian area of Khyber Pakhtunkhwa, about 125 km north of Islamabad.

Eyewitnesses said they had seen the plane crash into a hilly area near Havelian close to the Ordinance factory. Pictures from the area, which was about an hour away from Havelian, showed the plane’s wreckage which had scattered over a large area.

Junaid Jamshed – From Music to Religion

After having unprecedented success, Junaid Jamshed and Vital Signs went their separate ways in 1998, as the former singer choose a solo musical career. Vital Signs had spearheaded the underappreciated and relatively unknown rock scene to a national level during their peak.

Junaid Jamshed’s solo road wasn’t as smooth as he thought it to be; sometime after 2000, he vanished from the public platform, while rumors arose of him facing financial pitfalls.

Finally, mid-last decade, Junaid Jamshed declared bankruptcy, abandoned music after learning its position in religion, and announced his decision to become a devout Muslim. Alongside, he launched a clothing line under the name J. in order to maintain an income source.

Shoaib Mansoor, his long-time friend, expressed his disappointment in an interview when he read about Jamshed seeing music in a negative light and consequently confusing his fans. Nonetheless, some close friends remember him not being able to resist his passion for singing in private meet-ups.

Junaid Jamshed, who had two major sides in his life, was remembered admirably for both. In the latter half of his 52-year-long life, he promoted religion and went to talk on various platforms on how to achieve personal and spiritual growth. The website, the Muslim 500, labeled him as one of the most powerful Muslims around the world.

Junaid Jamshed was assaulted at Islamabad airport in 2016 for alleged blasphemy, and had to issue an apology over social media.

He was on a visit to Chitral to advance “the Path of Allah,” his last tweet before his untimely death revealed.

Heaven on Earth Chitral.
With my friends in the Path of Allah . Snowpacked Tirchmir right behind us pic.twitter.com/ZajcWEKlrG