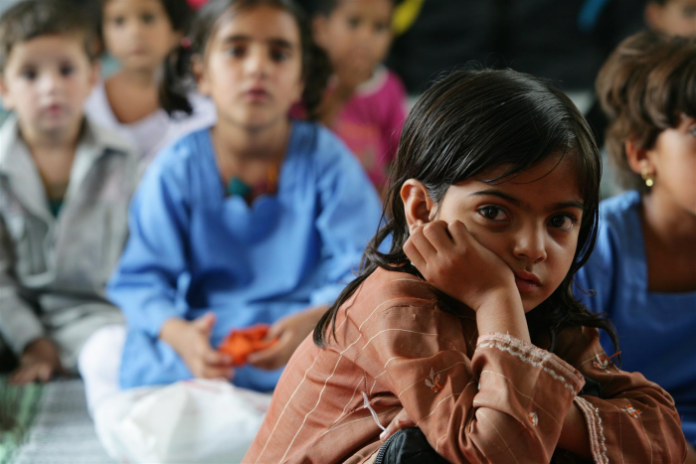 32 Percent of Pakistani Girls Are Out of School, Says HRW

A report, which was recently released by the Human Rights Watch (HRW), was titled Shall I Feed My Daughter, or Educate Her? – Barriers to Girls’ Education in Pakistan claims that at least thirty-two percentage of Pakistani girls are do not get to study in school in Pakistan, as compared to 21 percent of boys, who do get to study. At least less than half of the population of Pakistani girls are out of school, research claims.

Around 59 percent of girls who reach grade six, are made to drop out of school and only 13 percent get to stay in school till 10th grade.

This report is primarily based on research conducted in Pakistan in 2017 and 2018. HRW researchers carried out a total of 209 individual and group interviews, mainly in Karachi, Lahore, Peshawar, and Quetta. This included girls who had never attended school, parents, teachers, school principals, education experts, activists and community workers.

Liesl Gerntholtz, the women’s rights director at a non-profit organization says, “while handing off responsibility to private school operators and religious schools might seem like a solution, nothing can absolve the state of its obligation, under the international and domestic law, to ensure that all children receive a decent education— something that simply is not happening in Pakistan today.”

However, the human rights places its hopes on the current government of Pakistan Tehreek-e-Insaf (PTI) government, as it declared that at least 22.5 million children are not in school.

“The government recognizes that education reform is desperately needed and promises to make this a priority, especially for girls – a positive step,” Gerntholtz added.

“We hope that our findings will help the government to diagnose the problems and identify solutions that will give every Pakistani girl a bright future,” she further added.