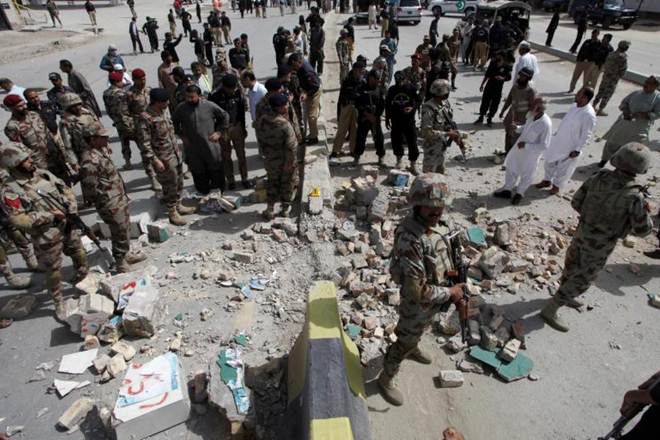 Quetta: Quetta is in a state of fear after two blasts at different locations, kills 5 policemen and injures 8 Frontier Corp operatives. The 5 policemen, who embraced martyrdom at the hands of terrorists, were in their police vehicle on airport road when a terrorist rammed it with his van and blew up.

Just before that a terrorist who was going towards a FC check post was being stopped by the officers. On disobeying the order the FC crew fired shots at the terrorist who then blew himself up injuring 8 FC personnel in the process.

Though no group has claimed responsibility for the attacks, the terrorists have not targeted the law enforcement agencies in the city for the first time. Before Back in January, six people including five police officers were killed after a terrorist blew himself up on Zarghoon Road of the city.