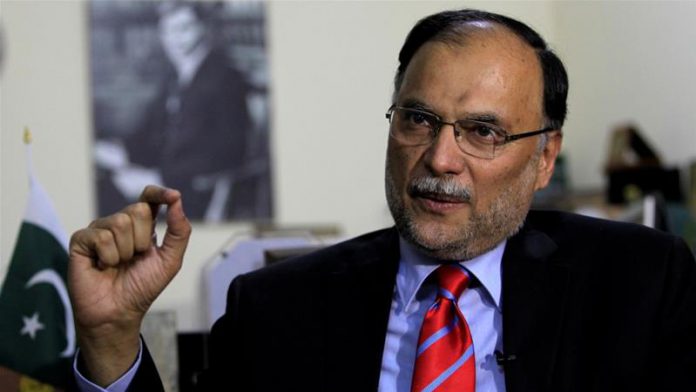 LAHORE: Federal Interior Minister, Ahsan Iqbal, is recovering after an assassination attempt. He underwent two operations and according to his son, Ahmed Iqbal and doctors, Ahsan Iqbal is out of danger.

Minister of Interior, Ahsan Iqbal was shot while he was in his constituency of Narowal after he was leaving from a rally. The assailant, had shot him while he was sitting in the car after the rally had ended. Ahsan Iqbal got shot in the arm and was taken to a local hospital where he was stitched up quickly and flown to Lahore.

He was shifted in the ICU where he underwent 2 operations and his life is not in danger. His son and hospital authorities have said that Ahsan Iqbal is in a comfortable condition right now and will recover. However the doctors will keep him under observation in the ICU for 24 more hours. His son, Ahmed Iqbal, has asked people for prayers for his father so he can recover speedily.

The assailant, who had tried to assassinate Ahsan Iqbal was caught immediately by the workers of PML-N. The assailant named Abid Hussain, was overpowered by the workers before firing the second shot at the minister. A 30-bore pistol was recovered from the possession of the assailant which he used to shoot at Interior Minister.

FIR has been lodged against Abid Hussain who is in police custody, in the Gareeb Shah Police Station. The family of the assailant said they have no clue behind the motivation of his assassination attempt. They told the media that he informed no one before leaving for the crime.