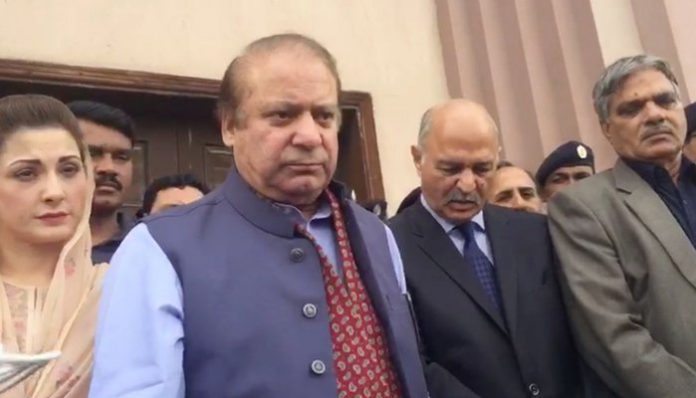 Former prime minister Nawaz Sharif approached the Islamabad High Court again to have his sentence suspended in the Al-Azizia reference.

The former prime minister has based his plea on medical grounds, however, earlier the high court had turned down his request for lifting the sentence.

An accountability court on December 24 had found the Pakistan Muslim League-Nawaz leader guilty in the Al Azizia reference and sentenced him to seven years in prison.

In a short verdict announced, the court said there was concrete evidence against the former premier in the Al-Azizia reference, and that he was unable to provide a money trail in the case.

The court ordered that Nawaz be “sentenced to rigorous imprisonment for a term of seven years along with a fine if Rs1.5 billion and US$25 million”.

Hussain Nawaz Sharif, the former prime minister’s elder son, claims that he received a sum of $5.4 million from his grandfather to establish the steel conglomerate in Saudi Arabia. The payment was made by a Qatari royal on the request of the elder Sharif. Thereafter, scrap machinery was transported from their Ahli Steel Mills in Dubai to Jeddah to establish Al-Azizia in 2001.

The JIT constituted to investigate the graft allegations insisted that the real owner of the mills was Nawaz Sharif, and it was being operated by his son on his behalf. Hussain was 29-years-old at the time. The JIT also held that Nawaz Sharif received 97 per cent profit as ‘gifts’ from Hill Metals Establishment, another company established by Hussain Nawaz Sharif in 2005, in Saudi Arabia.

Of the amount, Nawaz Sharif transferred 77 per cent to his daughter, Maryam Nawaz Sharif. (Maryam is not accused in this reference). Here as well, the NAB claims that since Sharif received a large profit from Hussain’s companies, he is the real owner and not his son. However, during the proceedings, the NAB could not substantiate its claim through documentary evidence and instead placed the burden of proof on the accused.