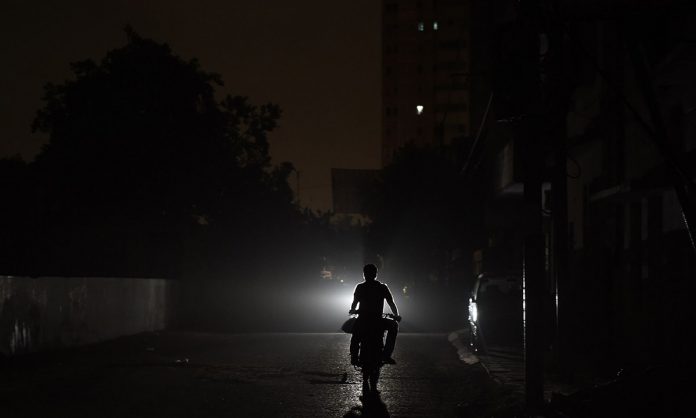 Karachiites suffers sleeplessness during early hours on Monday morning due to major power breakdown in Karachi.

According to K- Electric, the major power breakdown in Karachi occurred as a transmission line of the national grid tripped.

According to K-Electric, “Supply to city is affected following tripping in transmission line of national grid. Restoration efforts are underway.”

Power Supply Update:
Supply to city is affected following tripping in transmission line of National Grid. Restoration efforts are underway. We regret inconvenience caused to customers and request their cooperation during this time.

Schoolchildren and those headed to work during early hours faced difficulties owing to the power breakdown in Karachi.

Last month, Karachi was hit by five major power breakdowns in the span of 25 days.

The National Electric Power Regulatory Authority (NEPRA) had taken notice of the power outages in the metropolis. A press release issued by NEPRA had stated that K-Electric was not investing to improve its transmission and distribution network.