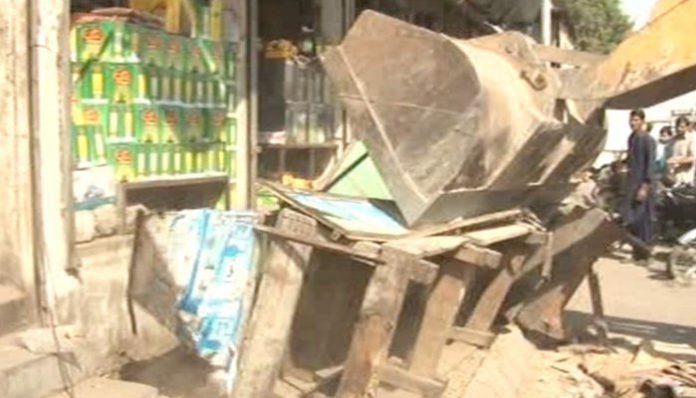 On Tuesday, the anti-encroachment drive in Karachi took its toll for the second day on Empress Market located in Saddar.

Operations are scheduled to be conducted in areas of Passport office, Empress market, and other adjoining places. The encroachments from Karachi’s Karimabad area are being removed as well.

On Monday, K-Electric workers as well as Karachi Metropolitan Corporation’s anti-encroachments personnel started their work of clearing out the land in Karachi’s areas.

According to sources, the operation started out around the Empress Market and Parking Plaza area. The operation was guarded by police and rangers who are also participating in the drive.

However, although the Supreme Court has ordered Karachi’s mayor to remove the encroachments, they were still reported to be seen at many areas around Saddar.

According to the Mayor of Karachi, Waseem Akhtar, over 70 percent of Empress Market has been cleared.

In response, the court ordered the Mayor to clear the areas around Empress Market as well. “You do not need permission from anyone else, the court has given you the order.”

Akhtar reassured the court and said, “We will completely clear out Saddar.”

A similar operation was carried out in May 2018, but it did not stop the encroachments from coming back to the same place.