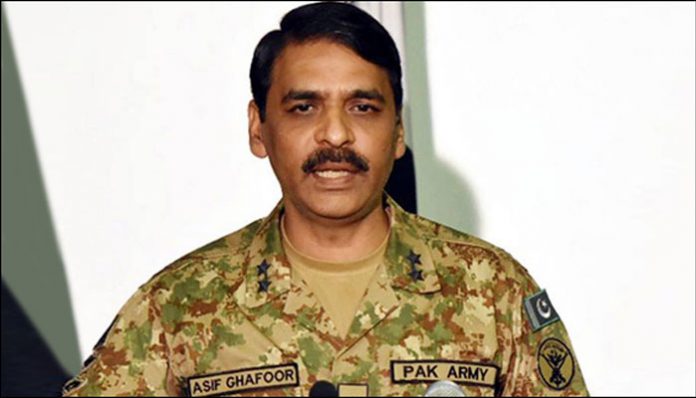 Officers of Pakistan Army, Air Force, and Navy will add their two days’ pay to the reserve fund for the development of the Diamer-Bhasha dams, DG of Inter-Services Public Relations (ISPR) Major General Asif Ghafoor.

DG ISPR has announced that soldiers of Pakistan Armed forces realize the need for building the dam in light of the future shortage of water. This will be the contribution from Pakistan’s military for the construction of dams.

Diamer-Bhasha dam will be a milestone achieved and will encourage the nation to build more dams in the country.

“Pakistan Armed Forces contributing to Diamer-Bhasha and Mohmand Dam Fund. Officers of Pak Army, Navy and Air Force will contribute their two days’ pay while soldiers one day’s pay to the announced fund for this national cause,”

Pakistan Armed Forces contributing to Diamer-Basha & Mohmand Dam Fund. Officers of Pak Army, Navy and Air Force will contribute their 2 days’ pay while soldiers one day’s pay to the announced fund for this national cause. #DamsForPakistan🇵🇰

The fund declared by Chief Justice of Pakistan Justice Saqib Nisar as of late. Has pledged not to give anybody a chance to misuse the funds being gathered for the development of dams to cater the country’s water emergency.

Emphasizing the requirement for building dams meet Pakistan’s intense water lack, the CJP in his comments amid a case hearing that the Supreme Court has urged the public to procure funds for prompt development of Bhasha and Mohmand dams.

The CJP himself has himself given Rs 1 million to the account exclusively to raise cash for the development of the dams. His contribution is the first to the said account, as indicated by a public statement on the Supreme Court’s site dated July 5, 2018.