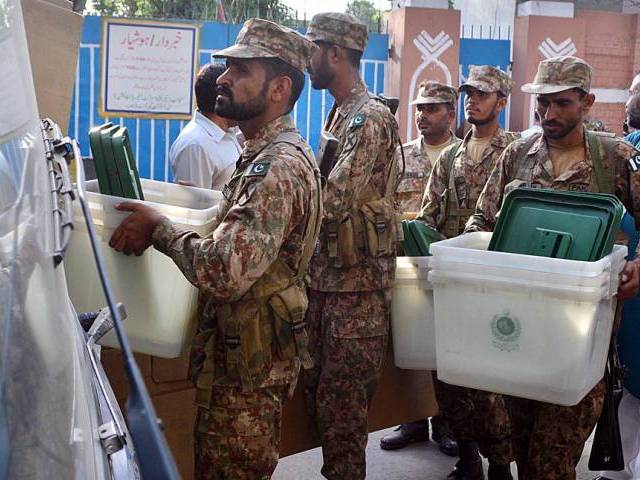 ISLAMABAD: Army will be deployed for guarding polling stations to ensure security for upcoming general elections 2018.

Army personnel will be posted both outside and inside the polling stations to ensure security in general elections 2018.

The decision was made in a meeting today in Islamabad presided by the Chief Election Commissioner Sardar Muhammad Raza Khan. The meeting was to review security conditions and preparations in the elections.

Army personnel would also be posted at Security Printing Press during printing ballot paper from 25th to 27th of June.

The ECP official said they would also be in co-ordination with National Counter Terrorism Authority for prevention of any unwanted incidents.