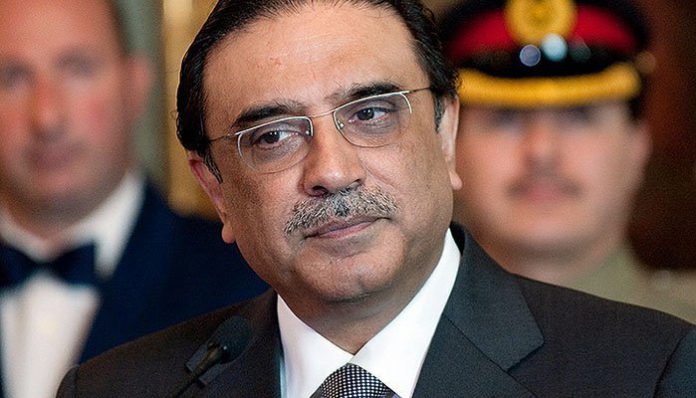 Islamabad: Pakistan Peoples Party co-chairman and the former President of Pakistan Asif Ali Zardari is also arrested in the Park Lane case, as revealed by sources.

In the Park Lane case, Asif Ali Zardari is arrested, as per NAB sources. However, NAB has already arrested him in the fake bank accounts case. On the other side, there are several allegations on Asif Ali Zardari such as the purchasing of 2,460 kanal land in Islamabad through the park lane company. The property is worth Rs2 billion, which was purchased in Rs620 million, said NAB sources.

In the next 24 hours, former president Zardari can be presented before an accountability court. PPP Chairman Bilawal Bhutto is also a suspect in the Park Lane case, added sources.

In June, the NAB had arrested Asif Zardari in the fake bank accounts case from the federal capital. The case pertains to transactions worth hundreds of millions of rupees to the private companies, allegedly, through fake bank accounts.