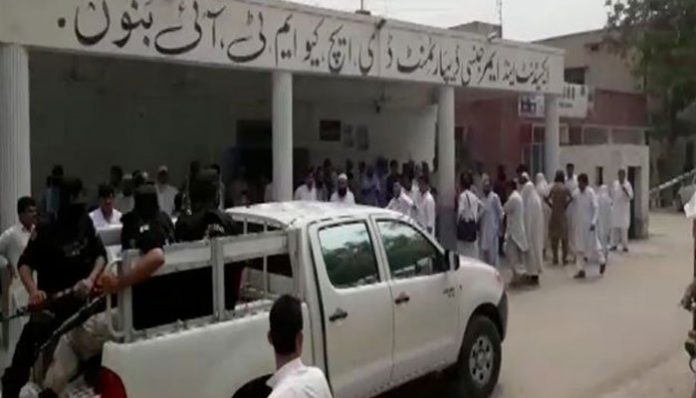 Bannu: At least 4 people were died while several are injured as an explosion hit the Akram Khan Durrani convoy.

JUI-F and MMA leader Akram Khan Durrani convoy hit by an explosion and 4 people died while many are injured. However, he is contesting Pakistan Election 2018 from NA-35 Bannu on the MMA ticket.

According to RPO, the blast happened 50 meters away from the rally’s site. In addition, 40 police officers were deployed at the venue. However, Akram Khan Durrani survived the attack. He said that it was a fifth attack on him and security forces warned him about the security threats. He further added that his vehicle is totally destroyed due to the explosion. Akram Khan Durrani is the former Federal Minister for Housing and Works.

It is the second major terrorism incident before the General Election 2018. A few days back, ANP leader Haroon Bilour and 21 others died in a suicide blast at Peshawar. However, he was contesting elections from PK-78 constituency of Peshawar. Deceased ANP leader Haroon Bilour was the son of Bashir Ahmed Bilour, a senior ANP figure who, himself, was martyred in a suicide blast back in 2012.  The ANP was the main target of Taliban attacks in the Pakistan Election 2013.