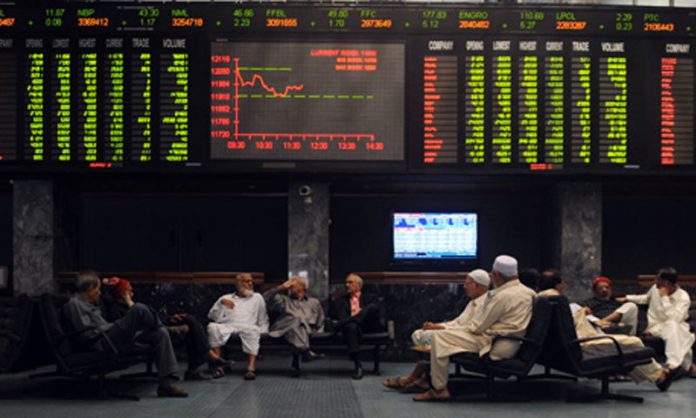 Avenfield reference verdict has gripped the nation throughout the day and Pakistan Stock Exchange is expected to be affected due to verdict.

This uncertainty in announcing Avenfield reference verdict has been taken negatively by the investors and other stakeholders of the Pakistan stock exchange.

The stock market opened at 40238.81 points on the last trading day of the current week. After dropping to 40028.64 points, lowest for the day, the index recovered quickly and before noon managed to reach the highest for the day at 40354.8 points.

However, the stock exchange could not maintain its momentum and declined again to close at 40192.5 points.

CEO of investment company EFG Hermes Muzammil Aslam believes that such situations are not positive for stock prices and trading. Whatever the decision would be, stocks will bounce back to their usual trading levels.

He further said that there are chances of a bounce back, and trading volume that has dried up might also revive. Stocks require stability. Once the Avenfield Reference verdict is given this uncertainty would end and stocks will be back to normal.

He said, “Whatever the final decision may be, it would have no impact on the stocks in the long run. They would eventually become stable.”

Shajar Capital’s chief executive also noted that even the current instability, noticeable in the PSX, is primarily due to the fluctuating US dollar exchange rate.