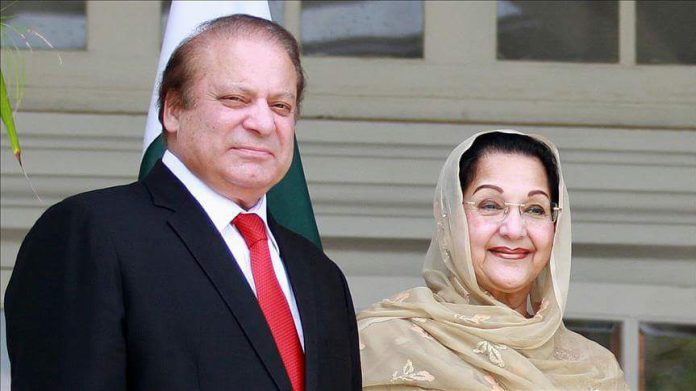 Interior Ministry revealed that Nawaz Sharif, Maryam Nawaz and Captain (Retd) Safdar will get parole for Begum Kulsoom Nawaz funeral. However, they will get special permission due to the Kulsoom Nawaz death.

The parole will be provided from the time of Begum Kulsoom Nawaz funeral prayers till the burial. However, the request is essential for parole to be granted.

Kulsoom Nawaz death is confirmed in London earlier today and the Sharif family decide to bring her body back to Pakistan.

Begum Kulsoom Nawaz was under treatment at London’s Harley Street Clinic since June 2014. She was placed on life support earlier today as her health deteriorated last night.

According to the sources at the Harley Street Clinic, Kulsoom Nawaz had developed a lungs problem again. The former premier’s wife, who has been undergoing cancer treatment at the clinic in London, was taken off ventilator last month.