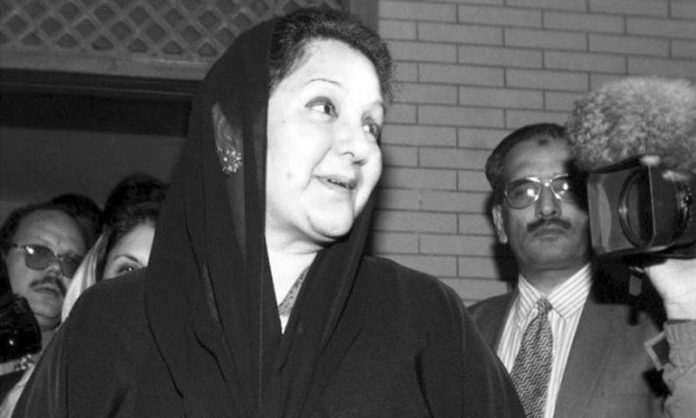 Almost half an hour after the flight carrying the body from London landed at Allama Iqbal International Airport shifted to her home.

Begum Kulsoom’s body was transferred to an ambulance directly from the airplane and taken to Sharif Medical City.

Nawaz Sharif, his daughter Maryam Nawaz and son-in-law Captain (Retd.) Mohammad Safdar who have been released on parole were also taken toSharif Medical City to pay their respects.

Begum Kulsoom’s sons, Hassan Nawaz and Hussain Nawaz, did not return to the country for their mothers funeral.

The former first lady Begum Kulsoom Nawaz will be laid to rest in Jati Umra.