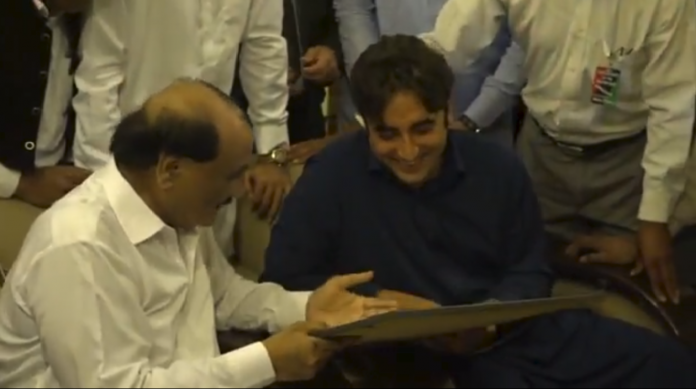 Bilawal Bhutto Zardari is on a 3-day visit to Multan where he addressed the gathering of PPP workers and Leaders saying, if the people of south Punjab support PPP they will end their deprivation and make a separate province of south Punjab. He also raised slogans of “Ghinson, Ghinson, Sooba Ghinson” which means we will get the province, to a crowd.

Bilawal Bhutto Zardari told the people about the different accomplishments of his government in the province of Sindh where their party is in power. He said that they have built various projects for assisting the local people, which includes a Cardiac Hospital in Karachi, the biggest in all of Asia where poor are treated free of cost. He said an interest-free loan service has helped reduce poverty through out Sindh, adding that there are projects similar to the free cardiac hospital being funded in all of Sindh where poor are facilitated for free, and that services like these could be provided to Punjab too.

He was accompanied by the PPP Leaders Yousaf Raza Gilani, Haidar Zaman Qureshi, Khawaja Rizwan Alam, Shaukat Basra and others. The PPP chairman had also inaugurated the newly-constructed Bilawal House on Bosan Road earlier which he had declared People’s Secretariat.

While on his 3-day visit to Multan he called party leader Habibullah Shakir who had undergone a heart surgery to ask for his health and give him well wishes.

Former Prime Minister Yousuf Raza Gilani said that PPP has always fought for the farmers, women and minorities of the country whenever it had come into power. He said that the party believes in the people’s strength and that they will further strengthen them whenever they are provided with the chance to serve them.