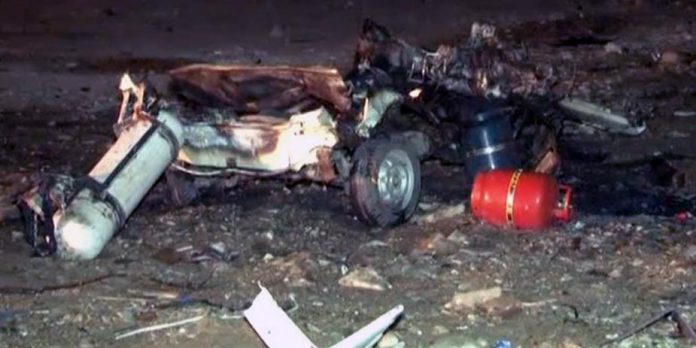 Bomb blast in Karachi’s DHA Area in a stolen car has been reported.

A homemade vehicle-borne improvised explosive device (VBIED) caused the explosion in the car, which had been stolen from Jamshed Quarter the previous evening, DIG South Karachi Javed Odho said.

At least 8-10kg of explosives were combined with seven gas cylinders to cause the bomb blast in Karachi’s DHA car, along with a 6m long detonating cord, he informed.

Luckily, the bomb failed to detonate completely. The explosion was aimed at spreading fear in the area, the official added.

Police found seven cylinders for household use inside the exploded car, which was completely burnt in the explosion. A bomb disposal squad was also summoned to the site of the explosion.

The bomb disposal personnel collected the burnt remains of the car for analysis and cleared the area.