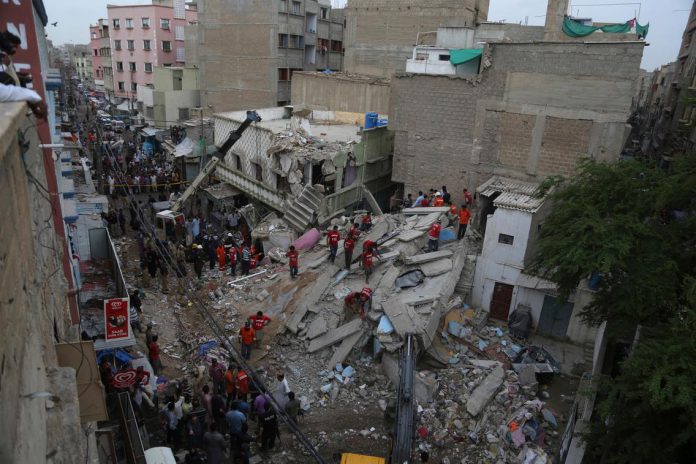 At least two people were killed and several got injured in a building collapse in Karachi Malir town.

Two bodies, of a man and a woman, were retrieved from the wreckage while five others were pulled out in injured condition as authorities rushed to rescue the inhabitants trapped under the remains of the building.

A child was among the injured rescued from the rubble. According to rescue sources, his father was among those killed in the incident.

The three-storey building was 30 years old, and housed several families, residents of the area said.

Pakistan Army individually took over the rescue efforts and surrounded the site of the collapse. Heavy machinery was summoned to the site to aid in the efforts.

Taking notice of the incident, Sindh Governor Imran Ismail directed the city commissioner to speed up rescue efforts and save human lives at all costs.

The remains are still being checked by the army for the rescue of people of the building and surroundings.