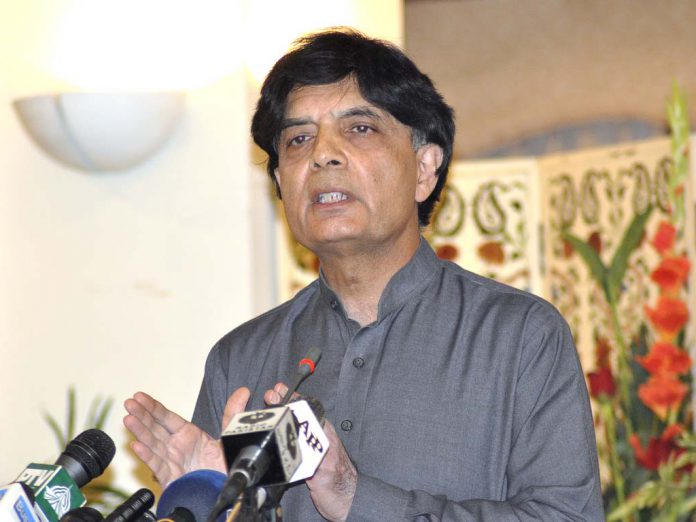 According to news sources, Chaudhry Nisar has the agenda to discuss the party matters, and current political situation of the country. It is also claimed that Chaudhry Nisar will not part ways from Pakistan Muslim League (N). He has bestowed his trust on party leadership to decide the future fate of PML (N).

The sources say that PML (N) leader Chaudhry Nisar will not ask for the party ticket from the leadership to contest in the upcoming general elections 2018. “He will leave the decision to the party whether to issue him a ticket or not.”

The PML-N leader is also expected to discuss his 35-year long association with the party.

According to some speculation, Chaudhry Nisar might join Imran Khan’s Pakistan Tehreek-e-Insaf. Reports also claim that he has held meetings with Imran Khan.

However, when PML (N) leader was asked about a rumored meeting with PTI chief, he did not responded.

Imran Khan is repeatedly asked about his offers to Chaudhry Nisar to join the PTI. Responding to a question, Imran Khan said a person has to make his own decisions. “What options does Chaudhry Nisar have? He can bow down to Maryam, which others have shamelessly done, but Nisar has some sense of honor. His other option is independent politics, which will not be beneficial for the country,” said Imran Khan. “PTI is his only choice if he wants to serve Pakistan.”

Chaudhry Nisar’s press conference will be telecast on all television channels.