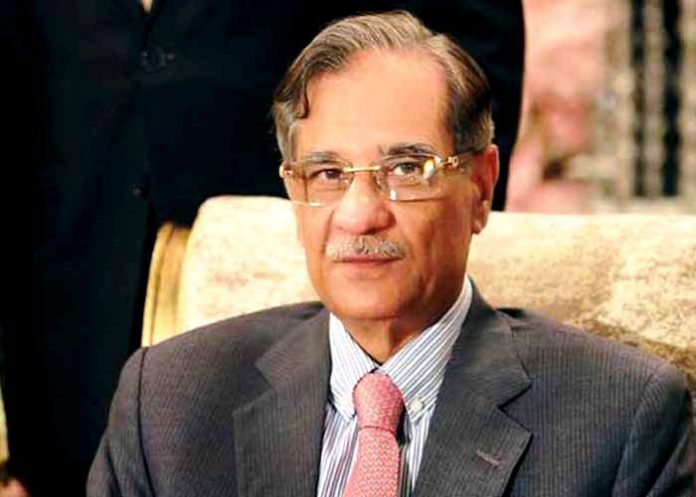 On Tuesday, the Chief Justice of Pakistan (CJP) Mian Saqib Nisar, departed for a private trip to Britain in order to collect donations for the construction Diamer Bhasha and Mohmand Dams.

According to the reports, the chief justice will attend fund-raising ceremonies in London, Birmingham and Manchester, during one week-long visit.

A dinner, which is being organized by Pakistan Tehreek-e-Insaf (PTI) member and Prime Minister Imran Khan’s close friend Aneel Musarrat, will be hosted to honor of the top judge.

Apart from them, the UK Pakistan Chamber of Commerce & Industries will also host a fund-raising event during the CJP’s one week visit.

Fund raising campaign for the Supreme Court of Pakistan and Prime Minister of Pakistan Diamer-Bhasha and Mohmand Dams Fund is in progress at a rapid pace.

According to the Supreme Court of Pakistan, over 7.839 billion rupees have already been collected through various donations by Pakistanis living locally and abroad.