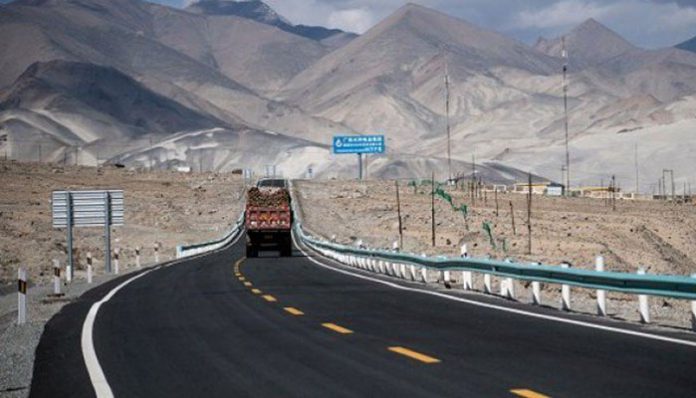 PM Imran Khan said Pakistan and China were entering the next phase of CPEC which would focus on lifting people out of poverty.

In his keynote address at the Road Forum in Beijing, Prime Minister Imran said the next phase of CPEC would focus on socioeconomic uplift, poverty alleviation, agricultural cooperation and industrial development.

“We are expanding the frontiers of knowledge through deeper cooperation in the fields of education, innovation and technology. [Under] CPEC, special economic zones will be set up,” the premier said.

He said the Belt and Road Initiative offers a model of collaboration, partnership, connectivity and shared prosperity, and called for joint efforts towards addressing obstacles on the way to sustainable growth.

Prime Minister Imran said both the countries are signing the second phase of the Free Trade Agreement to further bolster bilateral trade and economic relations.

He thanked China and its leadership for extending unwavering support to Pakistan and said relations between the two countries remain strong and stand tall in the face of any challenge.

Pakistan will continue to work on the basis of mutual respect and equal opportunity with China and other Belt and Road Initiative partners, he added.

New hope for both nations:

Prime Minister Imran also invited international investors to make use of Pakistan’s liberal investment regime and participate in the country’s economy, particularly in infrastructure, railways, dams, IT and manufacturing sectors.

He also held a meeting with World Bank chief executive Kristalina Georgieva on the sidelines of the summit.

Among the leaders in attendance are Russian President Vladimir Putin, and Italian Prime Minister Giuseppe Conte, whose country became the first G7 member to sign up to Belt and Road.

But EU powers Germany and France are sending ministers instead.

The United States, which sent a senior White House official to the first BRI summit in 2017, has not dispatched any officials from Washington.

Prime Minister Imran arrived in Beijing on Thursday night on a four-day tour, his second visit to China since assuming office in August last year.

The prime minister is visiting the country on the invitation of Chinese President Xi Jinping to attend the second Belt and Road Forum in Beijing.

Since President Xi launched the Belt and Road in 2013, China has invested $90 billion in projects while banks have provided upwards of $300 billion in loans, according to Chinese officials. 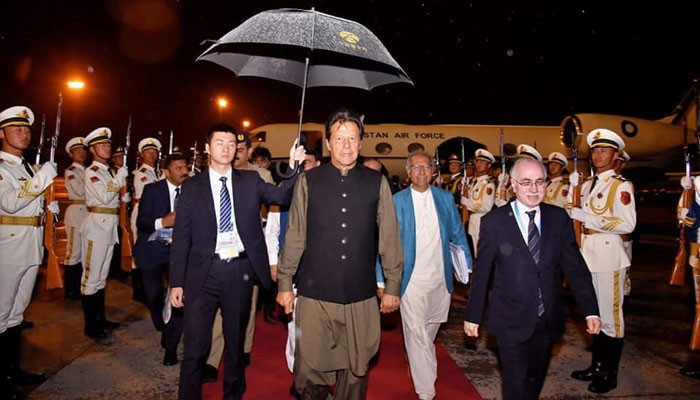 Addressing the summit earlier today, Xi rejected accusations that the Belt and Road is a “debt trap” and a geopolitical tool for Beijing´s ambitions of becoming a global superpower.

“The Belt and Road is not an exclusive club,” Xi said. In a nod to the concerns over loans, he said: “we also need to ensure the commercial and fiscal sustainability of all projects so that they will achieve the intended goals as planned.”

The premier added the only problem right now is the issue with India. ‘We are hoping we can return to dialogue after the election in India.”