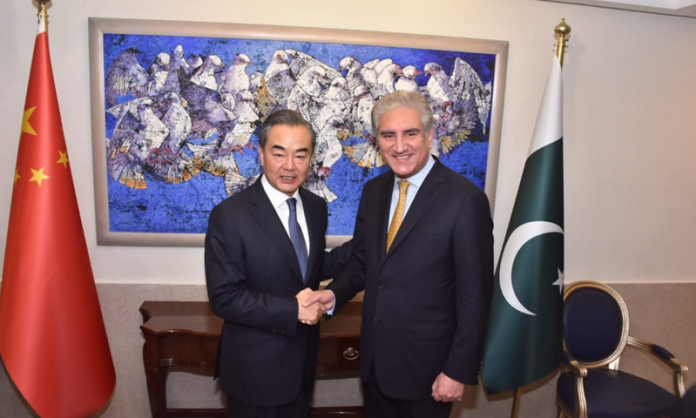 China supported Pakistan on Tuesday, applauding its recent counter-terrorism measures in the aftermath of the February 14 attack in Pulwama.

“We fully support Pakistan in carrying through its counter-terrorism campaign,” Wang said.

Since March 5, Pakistani authorities have arrested hundreds of suspected militants and shuttered more than 700 madrassas linked to banned groups.

“We also call on the international community to adopt a fair perspective of the commitments and efforts made by Pakistan over the years to combat terrorism,” Wang said.

India piled the blame of the Pulwama attack on Pakistan without any evidence – allegations that were strongly refuted by the Pakistani leadership.

It was the fourth time China had placed a “technical hold” on Azhar’s designation as a terrorist by the UNSC.

On Tuesday, Pakistan expressed its gratitude for China’s continued support.

“Pakistan appreciates the role China has played once again, standing by Pakistan in these difficult times,” Qureshi said.

“We have been cooperating against this menace of terrorism, and we feel strengthening this in relevant fields is important,” he added. “We have made considerable progress vis-a-vis terrorism, we have paid a huge price, everybody recognises that.”

Pakistan being the Iron Friend:

Wang welcomed Qureshi to Beijing by noting China calls Pakistan “our iron friends” because Islamabad “provides us with iron-like support” on Beijing’s core issues of concern.

“Of course, China does the same,” Wang said.

They also expressed commitment to translate the vision of the leadership to build a closer China-Pakistan community of shared future in the new era.

They underlined that state sovereignty and territorial integrity are cardinal principles of the UN Charter and international law.

Moreover, during the meeting, China and Pakistan are celebrating 2019 as the year of sister-cities exchanges.

The two foreign ministers also discussed the situation in Afghanistan and reiterated support for the Afghan-owned Afghan-led inclusive peace process.