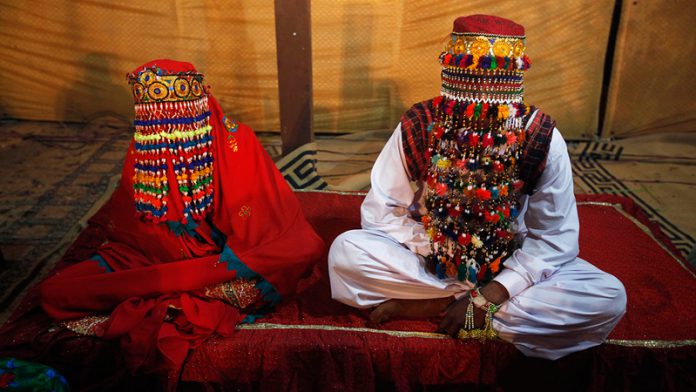 The Council of Islamic Ideology (CII) has asked the government to launch an awareness campaign to end child marriages in Pakistan.

“Under-age Child marriages are wrong we should condemn it,” Dr Qibla Ayaz, the chairman of CII, told, “They create issues at home and in the society, as stated in a book by one of the greatest Islamic scholar the late Mufti Muhammad Shafi.”

The Council, he added, strongly suggests that the government launch a wide-scale awareness campaign against the practice of taking child brides with the help of religious clerics and the media. these are some of the recommendations for the ministry of Law.

The debate on the child, early and forced marriages came to the fore again this week in Pakistan after two allegedly minor girls, Raveena and Reena, were taken from Sindh to the Punjab province and married off.

UNICEF defines child marriages as under the age of 18 years.

Sindh is the only province in Pakistan that has passed a law which categorically forbids the practice and sets the minimum legal age of marriage for boys and girls at 18.

“The legislation is there in Sindh and yet we [at the CII] receive reports of its violation every day. The law is not being implemented,” Dr Ayaz said, ”Passing a law before raising awareness will create tension.”

Pakistan came close to outlawing child marriages in 2017, when a private member bill, tabled in the parliament, proposed increasing the age for girls to marry from 16 to 18 years. However, Rehman Malik fro Pakistan People’s Party headed the standing committee, struck down the bill and dubbed it un-Islamic. He then referred the bill to the Council of Islamic Ideology.

While the Council has forwarded its suggestions, the chairman admits that they have not set a minimum age for marriage. “National and Provincial assemblies should determine the ages.”

Child marriages are common in Pakistan. According to a UNICEF estimate, 21 per cent of girls is married before age 18.

In the case of Raveena and Reena, their family also alleges that the sisters were abducted and then forced to convert to Islam. On the practice of forced conversion, Dr Ayaz says “it is very clearly stated in the Sharia laws that conversion by force is not allowed.”