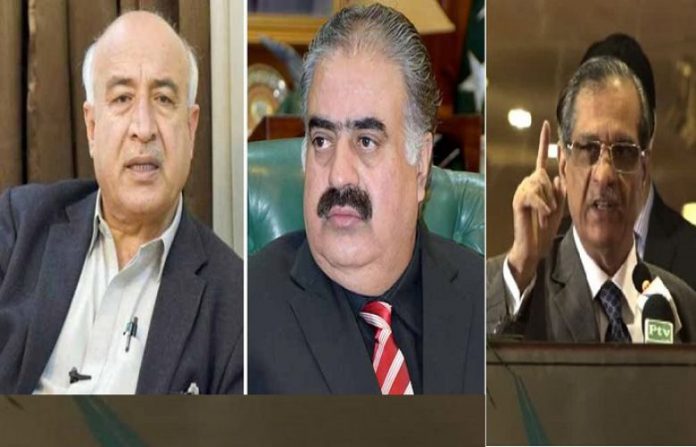 Quetta: Chief Justice of Pakistan Saqib Nissar summons former Chief Ministers of Baluchistan to Court to ask them what they had done during their period as head of the province for its development. Chief Justice Nissar is on a visit to Quetta where he summoned former Chief Minister, Dr Abdul Malik Baloch and Nawab Sanaullah Zehri, to court, where they were asked to explain the situation of the hospitals, educational institutes and doctor’s strike and also asked had been done during their governance as CM’s of the province.

On the hearing, Chief Secretary, Secretary Health, Secretary Education and various other authorities were present in court. The Advocate General Baluchistan was defending the provincial government during the hearing. During the hearing CJP Nissar told the Chief Secretary, that the constitution bounds us to serve the people and that the situation of health has become a huge hurdle for the people of Baluchistan to achieve proper healthcare and its situation seems to be worsening. He added it is not possible to receive 500 billion in a day for healthcare plans and that the current party is in its final weeks as part of the government, after them who will approve of any plans they come up with? They should come up with a short time long term plan quickly. While leading the 3-bench court the CJP summoned anyone who was CM for more than 4 years to court asking them why was Baluchistan neglected by the federal government.

While hearing the case of large medical college fees, healthcare situations and doctors strike, the CJP Nissar visited civil hospital where he met the young doctors who were on strike and the paramedics to give them assurance they their demands will be met. After meeting with the CJP and being assured of receiving justice, the strike was called off and the doctors went back to their duties. CJP also took notice of the huge sums being taken by medical colleges in name of fees, issuing order where he asked the colleges to return the money to 20 million students. He added that the education of these medical colleges, unfortunately, is substandard.

During the hearing of healthcare situation of Baluchistan, CJP assured the assistance of the federation to the Health Secretary, asking him to resolve the health care matters swiftly and if the health sector requires so, CJP will ensure they get all support and assistance they need. During his visit to Quetta CJP also met the Hazara community who were on protest of the atrocities being committed on them by assailants. The Shia sect Hazara community was assured by the Chief Justice that these sectarian acts of violence will not be neglected any longer and that justice will be provided to the community and everyone who needs it.