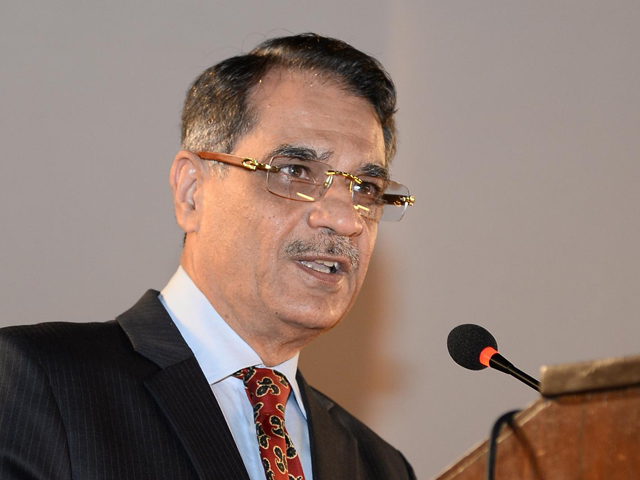 LARKANA: CJP Nisar reprimanded admin of Larkana’s Chandka Hospital over lack of cleanliness during his visit.

CJP Nisar, who was accompanied by Sindh High Court Chief Justice Ahmed Ali Shaikh, was on visit of the hospital. During the visit to Chandka Hospital in Larkana, he was enraged at the poor hygiene conditions there.

The top judge was there to take query from the patients over distribution of medicine. He observed that the hospital condition was unsatisfactory. He also noticed trash piles around the department of urology at the hospital which angered him. 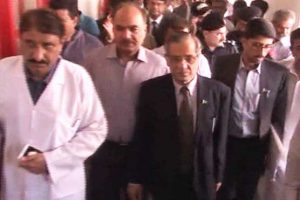 The CJP also got annoyed at the laboratory conditions and ordered the hospital superintendent to ensure cleanliness.

Chief Justice instructed the medical staff of the hospital including doctors and paramedics to make efforts for treating patients and ensure quality.

Chief Justice Pakistan also spoke to the people waiting for hearing of their case and heard their complaints. Complainants informed him their cases had been ongoing in the court for decades. They told him that not only were they under taking heavy financial losses appearing in court but were not provided justice either.

CJP Saqib Nisar is expected to also visit other locations of the city to inspect the situation of institutions.