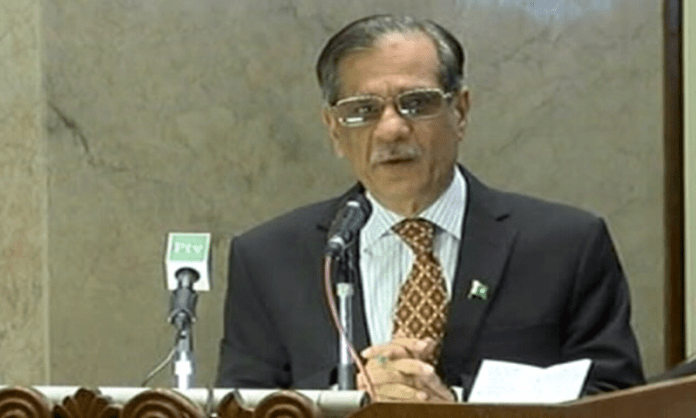 CJP Saqib Nisar while visiting the hospital for inspection said that he had often heard of mismanagement. He said that he received complaints from people about the negligence inside the hospital.

While visiting the hospital kitchen he had felt uneasy over the hygiene condition of the room. An attendant for a patient said that the hospital had been specially cleaned for his visit. The attendant added its usually not even this clean.

One of the women’s inside the psychiatric ward said that there was also a shortage of medicine. On hearing this CJP Saqib Nisar visited the pharmacy and inquired of the situation from the incharge.

Chief Justice had visited the hospital over a case of a death row convict, who was displaying psychological problems. During the hearing the CJP remarked that the women needs psychiatric evaluation. He then said that he has received complains about the conditions of the hospital and there was mismanagement there.