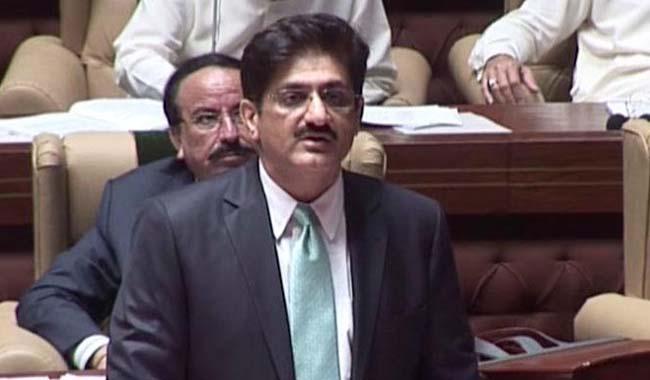 KARACHI: CM Murad Ali Shah said that there is no place for ethnic divide and hatred in Karachi.

While talking to media about his statement in Sindh Assembly, CM Murad Ali Shah said that people were manipulating his words to get ahead in politcs. He said that some elements are trying to spark a fire of hatred again in the now peaceful city. He added that the days of hatred are history in the city of lights.

CM Murad Ali Shah said that his party has done his utmost best to rebuild the city after the damage those elements had caused. He added that some people were trying to divide the people of the city while had removed distance between them.

CM Sindh talked to the media while visiting heatstroke relief centers in the city. He said he apologizes if his comments had hurt anyone in the assembly. However; he said he will still not let anyone create division in the province of Sindh.

The reaction came after CM Murad Ali Shah had criticized MQM-P in Sindh Assembly on Tuesday. He had called out MQM-P due to their demand of dividing the province of Sindh. He said that he condemns the people who are asking to divide the mother land.

While visiting the heatstroke relief camps he said he wanted to check the camps the city administration has put up. He said that he was satisfied with the facilities at these camps and said he even talked to people to listen to their grievances.