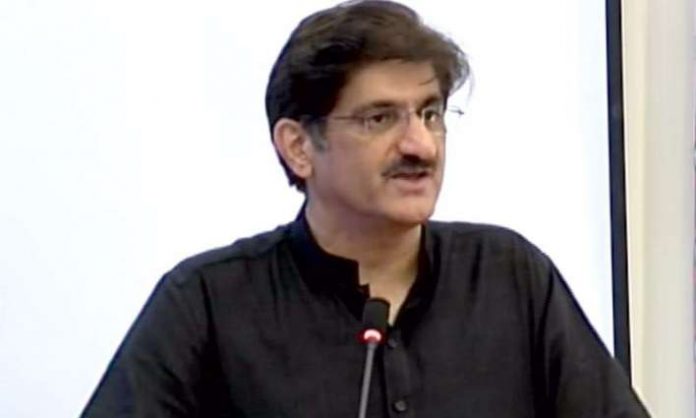 Karachi: CM Sindh Murad Ali Shah asked Sui Southern Gas Company and K-Electric to resolve their dispute as fast as possible, giving Thursday as a deadline. He said that ultimately it is the people of Karachi city that are suffering because of this and that it will not be tolerated. The K-Electric company has been blaming the SSGC for the electricity shortfall in the ongoing month saying they have reduced the gas supply to the Gas-powered generating units. SSGC has issued a statement on which it said that there are dues of 80 billion that need to be paid by K-Electric after which it will resume the normal gas supply.

The Dispute between SSGC and KE

The chief minister in a meeting with the two companies on this Saturday said Karachi is suffering from severe increase in loadshedding. On which KE blamed the SSGC as it had reduced its gas supply to the power plants. The SSGCL denied the blame and claimed that 90mmcfd gas was being supplied even though the old agreement of 1970s says 10mmcfd is to be provided. The CM said while the companies are playing the old blame game, the people who are truly effected by the consequences are the people of Karachi and that he will not let that happen.

Technicalities of Dispute Between SSGC and KE

The current Gas supply to K-electric is 90mmcfd gas which is 90mmcfd short for running the 4 gas-powered plants that require 180mmcfd of gas to provide 1104 megawatts of electricity. There has been a billing dispute between the two companies, where SSGC says the bill due on K-electric is 80 billion while the other company says that the outstanding balance towards SSGCL is Rs13.7 billion. The matter is in the Sindh High Court to be resolved. The requirement for K-electric is 190mmcfd if they are to produce enough electricity to cater the expected 3,400 megawatts of power to the city during summer. While the current 90mmcfd supply of gas will cause an increase in shortfall to electricity by 500 megawatts. The current existing shortfall is 400 megawatts. CM Shah says he will not let the SSGC and KE dispute hurt the citizens of Karachi and that they have tolerated enough already.