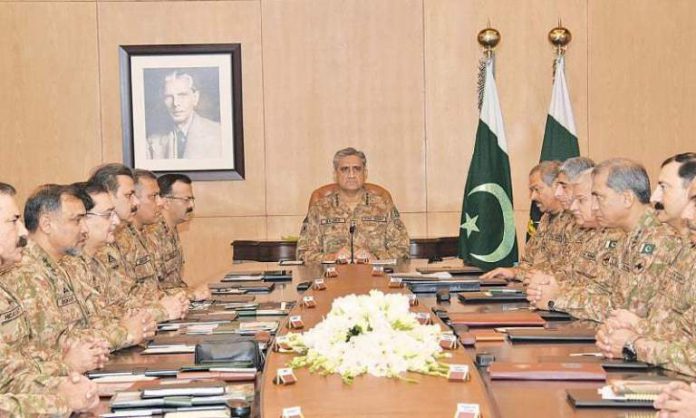 During the conference called the elections of 2018 as a national duty. He also added that all the army personnel should perform their duties during that period with responsibility. The army chief also said that the soldiers should not lose focus of defence and internal securities at hand either.

CCC at GHQ. Geo-Strat envmt reviewed. Mandated assistance to ECP will be provided for free, fair & transparent conduct of GE-18. “This national duty be performed with utmost responsibility and without losing any focus on defence and internal security challenges in hand”, COAS. pic.twitter.com/HNlpO4OouF

The army has been requested by the ECP to contribute 350,000 troops for securing polling stations as well as the printing presses during ballot printing.