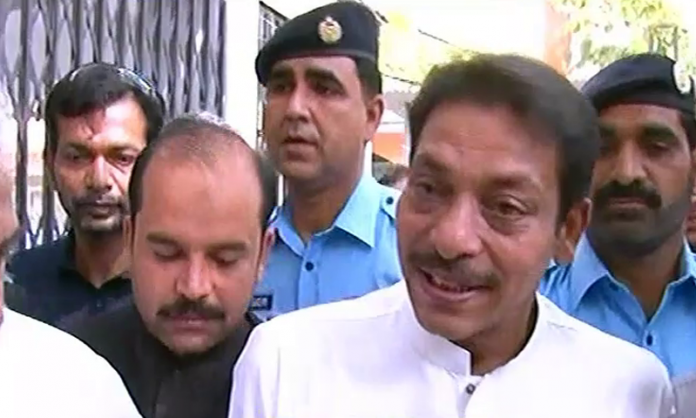 The Supreme Court has accepted Faisal Raza Abidi’s unconditional apology for defaming the higher judiciary and closed a contempt of court case against him.

Faisal Raza Abidi, who is currently detained in Rawalpindi’s Adiala jail, had submitted a written apology to the top court on Monday.

The former senator Faisal Raza Abidi had apologized for his “uncalled-for conduct and remarks against the Honorable Chief Justice of Pakistan”.

Furthermore, he had acknowledged that he “has no logic, reason or argument to defend his uncalled-for conduct” and “promised that in future he will not repeat the grievous mistake”.

Justice Azmat Saeed, who was heading the three-member Supreme Court bench that heard the case today, accepted the apology while noting that, “no one raises objections over constructive criticism; but criticism should be within limits.”

However, the judge said said that other similar cases against Faisal Raza Abidi ongoing in different courts should be heard on “their merits”.

The former senator Faisal Raza Abidi had faced the heat after a video of his interview went viral on social media, in which his language was deemed abusive, contemptuous and threatening. He was also accused of leveling allegations against government institutions created via the Constitution.

Faisal Raza Abidi is facing three other cases pertaining to his remarks made in the interview.

Islamabad police had arrested Abidi outside the Supreme Court building in October after the third contempt case was registered against him.